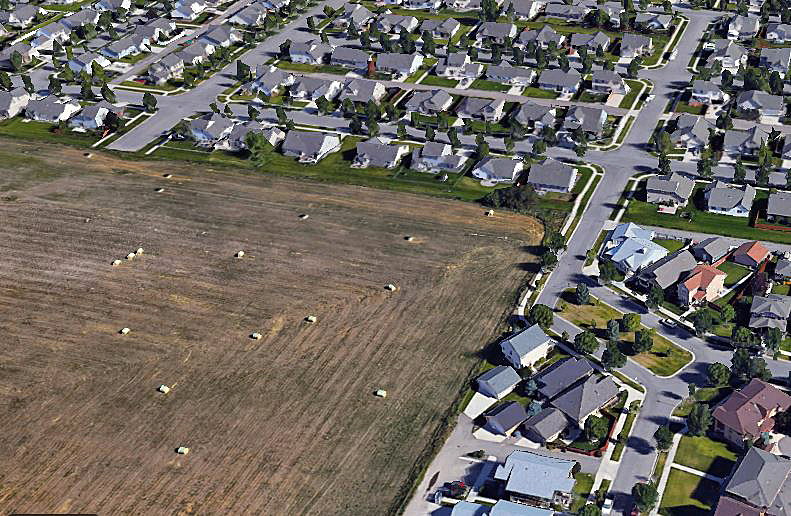 As Missoula County updates its zoning codes and explores future development, it plans to reduce barriers that drive up the cost of housing and make it easier for builders to accommodate a wider array of tenants and buyers.

In simple terms, it’s a return to the 1920s, when cities didn’t build to automotive needs and single-family homes that sprawl across wide landscapes. Back then, communities were walkable and contained, and they provided a diversity of housing types that largely vanished over the ensuing years.

As Missoula struggles like most Western cities with a housing shortage and rising prices, it’s looking to a new planning area west of Reserve Street where millions of dollars will be invested next summer to lay the infrastructure needed to guide future growth.

Getting that growth right and making the best use of the land could play an important role in the city’s housing crunch for years to come. Over the next two decades, it’s estimated that the greater Mullan planning area will accommodate around 6,000 homes.

But with proper planning and a diversity of housing types, the area could easily accommodate 12,000 housing units, Hagemeier said.

“The diversity of housing types is critical to increasing supply,” he said. “Looking in the valley and all the space, we could have 21,000 houses, but if we diversify the housing stock just a little bit, we could more than double that to 45,000. There’s a lot of room there if we don’t squander it.”

In an effort to make the best use of land and reduce barriers that drive up the cost of housing, the county is planning a number of changes, starting with parking requirements.

“Parking is really expensive, and if we require more parking, then we’re driving up the cost of a house,” he said. “Our old code required two spots per unit, but most communities are eliminating parking for residential units entirely, or cutting it down to one parking spot per unit. We’re starting there.”

Studies suggest that a single parking space can cost a developer between $5,000 and $10,000, along with another $225 a month to maintain it over time. In most cases, those costs get passed on to the tenant or homeowner.

Reducing parking requirements to one spot – and eventually none – could help bring housing costs down.

“That doesn’t just make housing a little more affordable, it also makes more space for housing,” Hagemeier said. “Estimates suggest that roughly 50% of the city is used for storing cars. When we require a lot of parking, we’re taking away opportunities for housing.”

Other proposed changes could including lowering the review standards for multi-dwelling households. Some current standards, such as architectural review, aren’t necessary, Hagemeier said.

They also increase a developer’s risk and cost.

“Anytime you have risk, it increases cost, and that gets passed on to the homeowner,” he said. “If we can require one standard across the board that doesn’t require special review, we can make housing easier to construct in the Missoula market.”

The new planning effort also takes a look at caps on the number of dwelling units per acre. That’s regulated by zoning and it doesn’t distinguish between a large house or a small studio. They’re both considered a single dwelling unit under current standards.

“It disincentivizes people from building smaller units,” Hagemeier said. “If you remove that cap, it incentivizes you to do smaller units, which are more affordable. I think that’s going to have a positive impact in parts of the county without necessarily crowding an area.”