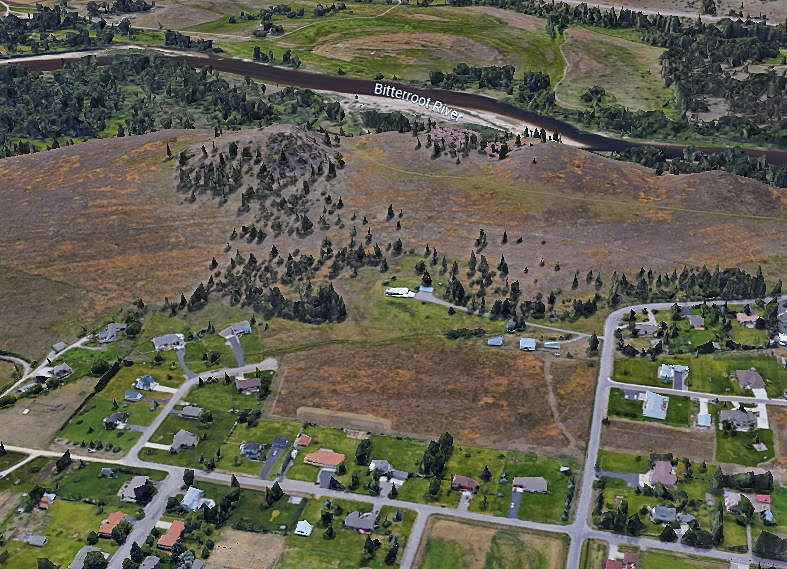 The developers behind a proposed Target Range subdivision are suing Missoula County over its decision to deny the project earlier this year, in part over environmental concerns.

Commissioners went into a closed session on Tuesday to discuss their litigation strategy.

“The lawsuit involves the decision you made in April to deny the McCauley Meadows subdivision,” said deputy county attorney John Hart. “I’ll speak more about the specifics of that lawsuit and talk about some of the preliminary litigation strategy the county will employ to defend that lawsuit.”

The McCauley Meadows subdivision, a 17-lot project proposed by Tia Tam LLC, was unanimously denied by the Consolidated Planning Board in October. Missoula County commissioners also denied the project earlier this year.

As proposed, the project would partially sit on level ground prized for its agricultural soils at the base of McCauley Butte – a visible landmark within the Missoula Valley. A number of lots also would sit on the slope at the base of the butte, requiring road work and grading.

The subdivision would abut a 278-acre conservation easement placed on McCauley Butte several years ago. It would also occupy part of the Clark Fork River-Grass Valley Important Bird Area, which prompted comments in opposition to the development.

“I’ve seen a definite reduction in habitat, but also, some bird species that were once fairly easy to find and common are now very unusual,” Jim Brown with the Five Valleys Audubon Society told commissioners earlier this year. “There’s an incremental loss of habitat in the Missoula Valley, and that incremental loss is substantial and significant.”

The developers have criticized the county for its lack of clarity on certain subdivision policies. When the project was denied two years ago, the development team reconfigured the project to address what they believed to be the county’s concerns.

Commissioners denied the project regardless, saying it needed “significant” revisions to be approved.