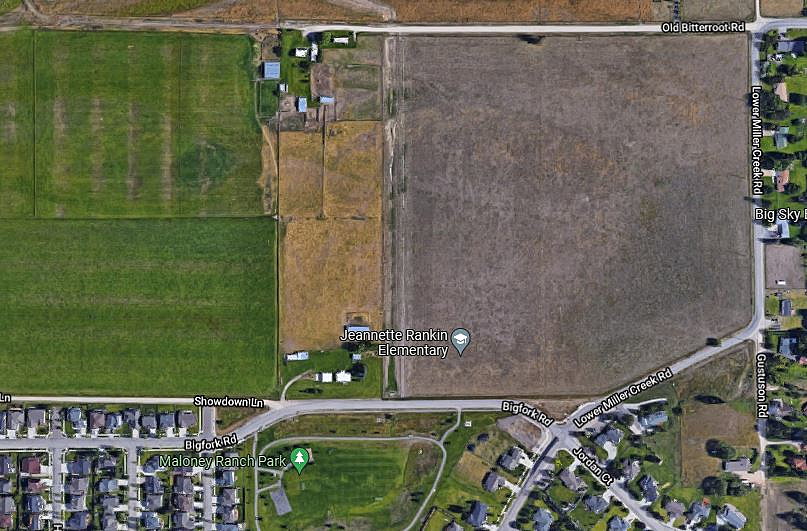 The City of Missoula is planning to build infrastructure ahead of a new subdivision planned off Lower Miller Creek Road, and it will likely create a special improvement district in the area to offset the costs.

City engineer Kevin Slovarp said the River Trails Subdivision is heading for review, and while the number of lots remains uncertain, the addition of a roundabout, sidewalks and other elements will be needed.

The cost of the work hasn’t been determined.

“What that proposed development has done is start us down the path of looking at a roundabout at that 90 degree intersection (Lower Miller Creek and Old Bitterroot roads),” Slovarp said. “We’re looking to provide for access control to that development. We believe that development will pay impact fees and some of the improvements to that roundabout.”

Three years ago, the city made improvements to Lower Miller Creek Road alongside the construction of the new Jeanette Rankin Elementary School. The proposed River Trails Subdivision is planned on nearby property.

The city is also reviewing the project’s proposed storm water system. Plans call for a piped drainage system over a sump, Slovarp said.

“It would be better for this project to dispose of the storm water from the road and other impervious surfaces into this storm drain system, and manage it into a detention base instead of having it go into the ground water,” Slovarp said.

To help fund the project, the city will consider creating a special improvement district within the area. A similar approach helped fund improvements to Hillview Way.

“What we’re planning on doing is an SID, and we’ll be working on it fairly soon,” Slovarp said. “We’re looking at a proposed boundary for the project, determining project costs and assessing those costs to the property owners included in that district.”