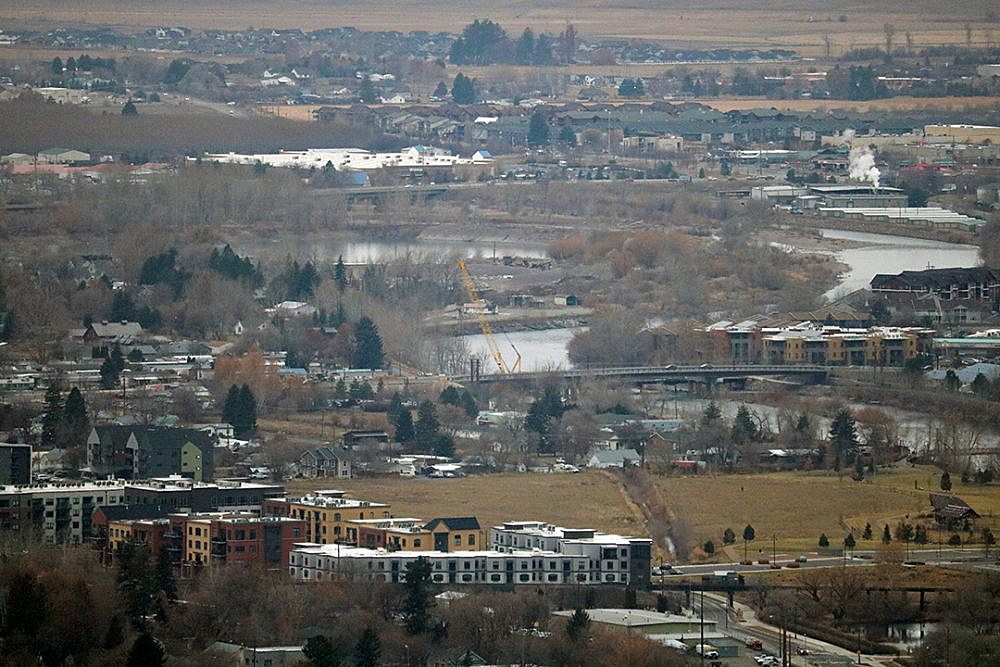 As the city completes its mandated review of Missoula’s growth policy, members of the planning board are urging officials to implement the plan’s vision through zoning, saying anything less will leave the document as little more than an incomplete narrative.

The city adopted its current Our Missoula Growth Policy in 2015, setting a vision for land use, planning and growth over the next 30 years. Under state law, the document must be review every five years and updated where necessary.

City planner Ben Brewer said the review has suggested a number of updates, including current community data based upon new Census information. The document must also be streamlined, Brewer said.

“It’s an ambitious policy and there’s clearly ways it could be clarified and made to be more usable,” he said. “It’s not that the actions aren’t being implemented, but there are redundant actions saying the same thing but in different ways. It would be helpful to hone in on what we want to achieve and how we say that.”

Members of the Consolidated Planning Board this week praised Missoula’s growth policy for its vision and scope. Still, several suggested the growth policy remains unfinished five years after adoption, given that zoning never followed.

Without that zoning, they said, the document is little more than an incomplete vision of what Missoula should or could be. Spot zoning, often conducted in the moment around a particular project, isn’t good enough, they said.

“The most important thing we can do with the growth policy in the city is actually implement it through zoning on the land,” said board member Neva Hassanein. “The final step from moving it from vision to practice was never taken.”

Other members of the planning board agreed and voiced frustration with what they see as an ongoing oversight. According to Brewer, the city did a “major zoning overhaul” in 2009 and adopted the new growth policy in 2015.

But the city is still operating under the old zoning.

“This is a conversation we’ve had on the board many times – code meeting policy,” said board member Sean McCoy. “We have a trove of good policy, but we need our code and our zoning to catch up. I think that’s a theme we’ve been pushing toward staff and the county since I got on this board. We’ll continue to push that area, because it’s evident at this point in time that we really need it.”

The county is gearing up to zone it’s new land us map as it relates to that pari-urban area, and it’s something the planning board will address in the coming months. But some board members believe areas of the city’s land-use map still conflict with the county’s map, and that it must be resolved with city zoning.

“The county is now doing the right thing, because they’re taking their land-use (map) and are putting it into zoning,” said Hassanein. “In this growth policy, for the city, we never did the zoning piece that you’re about to do for the county. We keep getting requests over and over to change this zoning, but no one systematically changes the zoning in the city.”