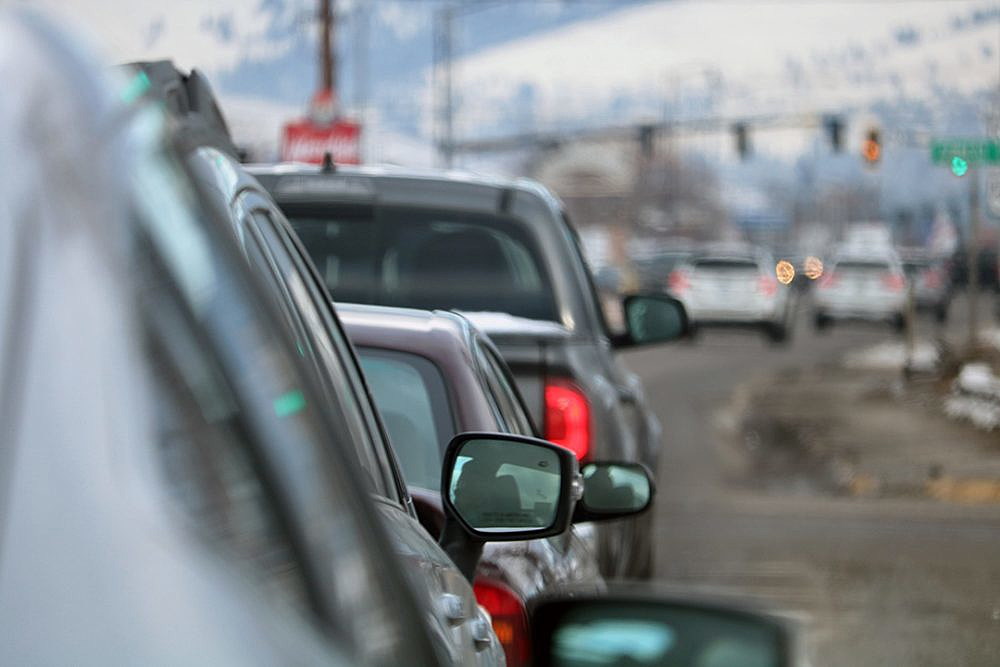 Efforts to plan the future of Missoula’s Midtown district received two significant boosts this week, one in the form of a federal transportation planning grant and another to fund a master plan that will guide the area’s future.

The Missoula Redevelopment Agency this week approved a $350,000 request from the Missoula Midtown Association to help fund the master planning effort, which will begin to play out next year.

That effort will coincide with a $847,000 federal RIASE grant, which will be used to plan a fixed-route transit system running the length of the Brooks Street corridor.

The two efforts will play out side-by-side in a long-sought push to transition the Midtown area to something more than a highway corridor.

“When a community has a vision in place, it makes development a lot easier, and it really helps manage change for Missoula residents,” said Emily Brock with the Missoula Midtown Association. “Between this (planning grant) and the RAISE grant, we’re going to be well positioned to get some federal funding for a transformative project in Midtown.”

The Midtown area has faced challenges for years primarily due to its lack of connectivity and its fractured character resulting from decades of poorly planned development. Residents sought to overcome those challenges in 2017 by participating in a study of the Brooks Street corridor.

The Midtown master planning effort and the Brooks Street transit plan may finally move the dial on what’s now been decades in the making.

“They’ve moved along at their own pace, and now they’re coming together in this glorious dovetailing,” said Brock. “We know growth is happening, it’s just a matter of managing it.”

On the transit front, the city’s consultants at HDR last year determined that while the Brooks Street corridor is capable of moving traffic, it will soon reach capacity. It already faces a number of challenges that impair traffic, limit economic expansion and hinder non-motorized transportation.

In seeking solutions, transportation officials settled upon a Bus Rapid Transit system that would use a center-running lane. That would enable Mountain Line to launch 15 minute service without disrupting traffic. Other multi-model transportation efforts will also be included.

This week, Sens. Jon Tester and Steve Daines announced that Missoula would receive $847,000 in federal funding to plan those changes and the transition to a fixed-route transit system.

“If there’s a piece of infrastructure that can use some safety improvements, Brooks has to be the poster child for that. It’s very constrained, and it’s difficult for even cars to navigate much less bikes or pedestrians,” said MRA Director Ellen Buchanan. “The fact we got this RAISE grant funded in its entirety speaks volumes to the degree in which the Brooks proposal meets the federal goals that exist right now.”

The timing of the grant will dovetail with parallel efforts to create a master plan for the Midtown district. The area has never had a guiding document in the same vein as the Downtown Master Plan. That plan has netted great success, planners contend, and Midtown has similar potential but has lacked guidance.

The proposed master plan will cover a range of topics including land use, neighborhoods, traffic, business development, and housing and trails, among others.

“One of the things that’s going to be critical is that the Midtown Association is committed to the model we used for downtown with an implementation committee that is serious and intentional, and will march down a path and check the boxes as we get more and more project’s done,” Buchanan said.

The planning efforts already have the support of Midtown residents and those who live within the planning area. The plan looks to create predictability for private investment, promote equitable development, promote a sense of belonging and build on existing Midtown planning initiatives.

Gwen Jones, a member of the Missoula City Council, said housing should play a leading role. While the area is home to traditional single-family neighborhoods, it’s also home to a sea of unused parking lots and underutilized properties that have great potential for redevelopment.

“We need housing, and as a component of that, we need affordable housing,” said Jones. “We don’t want to just create more living units, but create a situation where people can live and have a good life. This planning effort is a far more sweeping action that will lay the foundation for big changes on so many levels, including housing.”