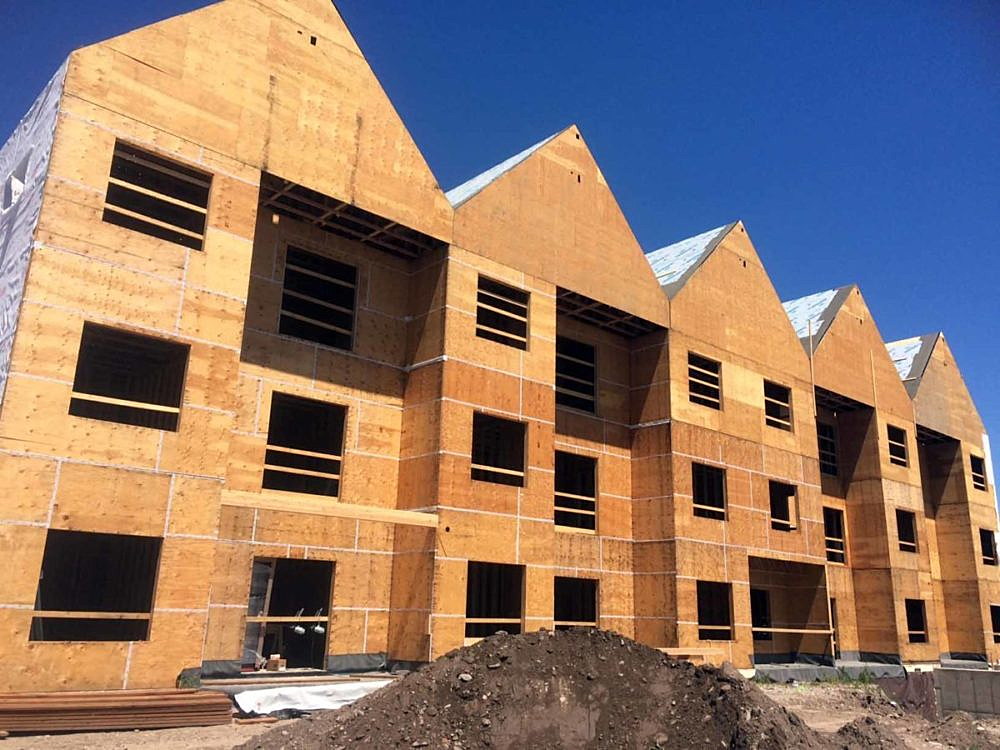 Two years ago, an economic analysis released by the Bureau of Business and Economic Research at the University of Montana identified affordable housing as an increasingly difficult problem for many Montana communities.

With relatively few affordable homes and an aging housing inventory, many households on the lower end of the income spectrum were being priced out of housing markets across the state.

Not much has changed two years later, according to Patrick Barkey, director of the Bureau of Business and Economic Research.

“There are currently over 23,000 housing units in Montana that are supported by one or more affordable housing program,” he said. “This is a substantial number, yet in comparison to the more than 510,000 housing units of all kinds in the state, it is clearly a tiny segment of the market.”

Housing advocates in Missoula have faced those challenges in recent years as they work to collect the financial resources to build affordable units in a cost-challenged market.

The Villagio, a $54 million project under construction in north Missoula, presented financial challenges to developers striving to keep the 200 units affordable. The project relied upon the 4% Low Income Housing Tax Credit, non-competitive bonds and other funding sources.

It wasn’t an easy project to pull together.

“We went this route because it’s less competitive than the 9% credit in the state of Montana,” Keenan Whitt of Blueline Development said at the time. “That’s a very complex tax credit and it’s not a sure thing, and if you ask some folks around the state, they’d say Missoula has had its fair share of the 9% credit. We didn’t want to compete.”

Across the city, the Trinity project is also under construction and will provide another 130 units of affordable and low-income housing once it opens next year. Like the Villagio, that project also faced its share of financial challenges and required unique subsidies to break ground.

Among them, Missoula County donated the land to the developer, removing one costly barrier. The project also required the city’s issuance of tax-exempt bonds. Combined with Low Income Housing Tax Credits, the public subsidies saved the developer nearly $700,000 in costs, allowing it to pass those savings on to future tenants.

“That helps solve a lot of our budgetary issues,” Heather McMilin, the housing development director at Homeword said recently. “It makes the project that we’re utilizing more feasible. It helps the overall budget in this project.”

Over the past decade, Barkey said the state hasn’t made good use of federal resources aimed at affordable housing. Since 2012, Montana has only financed 717 affordable housing units using the 4% Low Income Housing Tax Credit.

At the same time, he said, Montana has left nearly $950 million in tax-exempt private activity bonds on the table. Such bonds are issued by a state or local authority for a private project.

Barkey added that an average of $62 million annually in requests for the 9% Low Income Housing Tax Credit have been denied due to lack of funding.

“These projects would have significantly expanded the inventory of affordable housing in Montana,” he said.

Affordable housing is challenging communities across the country. In Missoula, it’s driven largely by supply and demand. According to BBER’s 2022 report, housing prices rose 21.3% in Missoula, 13.1% in Billings and 12.3 % in Great Falls. Gallatin County has seen prices increase 30% with a median home value now standing at nearly $700,000.

However, Barkey doesn’t believe costs will continue to stay on the same trajectory, and for a number of reasons. But that doesn’t mean the problems will be solved in short order.

“When housing becomes unaffordable, it imposes costs on entire communities, but the most vulnerable in society bear the brunt of those costs,” he said. “Housing affordability will likely be a challenge that Montanans continue to face in the coming years, and as such, it deserves a place in public conversation.”