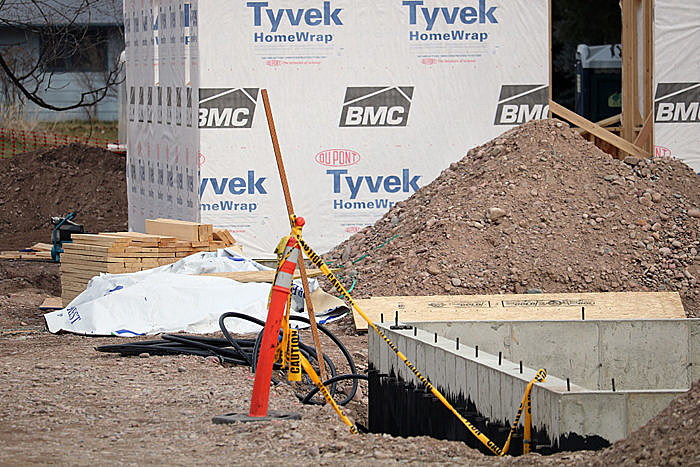 Four months after passing on a proposal to develop a golf course into a mixed-use neighborhood, Missoula County said an inventory of its public land holdings is advancing as planned.

Commissioners in December ordered the inventory after punting on an offer by BlueLine Development to build several thousand units of housing on the Larchmont Golf course in exchange for building a new golf course nearby.

Commissioner Josh Slotnick on Tuesday said the inventory was moving forward as instructed.

“We’re getting everything on a map and looking as specific criteria as to what land is more or less developable,” he said. “The process isn’t done yet, but they’re making headway.”

Conducting the inventory on the county’s public land holdings and identifying their suitability for development could present new opportunities to build housing in a private-public partnership.

The county took that approach in 2019 when granting 4 acres of public land near the jail to the Trinity housing project, which is under development on several acres of county land near the jail. The units will be reserved for those earning less than the area median income and others for those experiencing chronic homelessness.

The city also holds a number of prime properties including two downtown city blocks, several acres in the Midtown district, property along West Broadway and several acres off Scott Street. Half of the Scott Street parcel is poised for redevelopment this summer in partnership with Ravara LLC.

The builder plans a mixed-used development with a component of permanently affordable housing units, market rate units, daycare and a small grocery store.

While some voiced frustration with the county’s decision to pass on the Larchmont proposal, others have praised the county for conducting the inventory of its properties that could be suitable for development.

Allison Franz, the county’s communications director, said Tuesday that the county plans to unveil a new engagement platform next week, and the land survey will be included among the contents.

“That’s one of the projects that’s going to be on there so people can take a look and offer feedback,” she said.