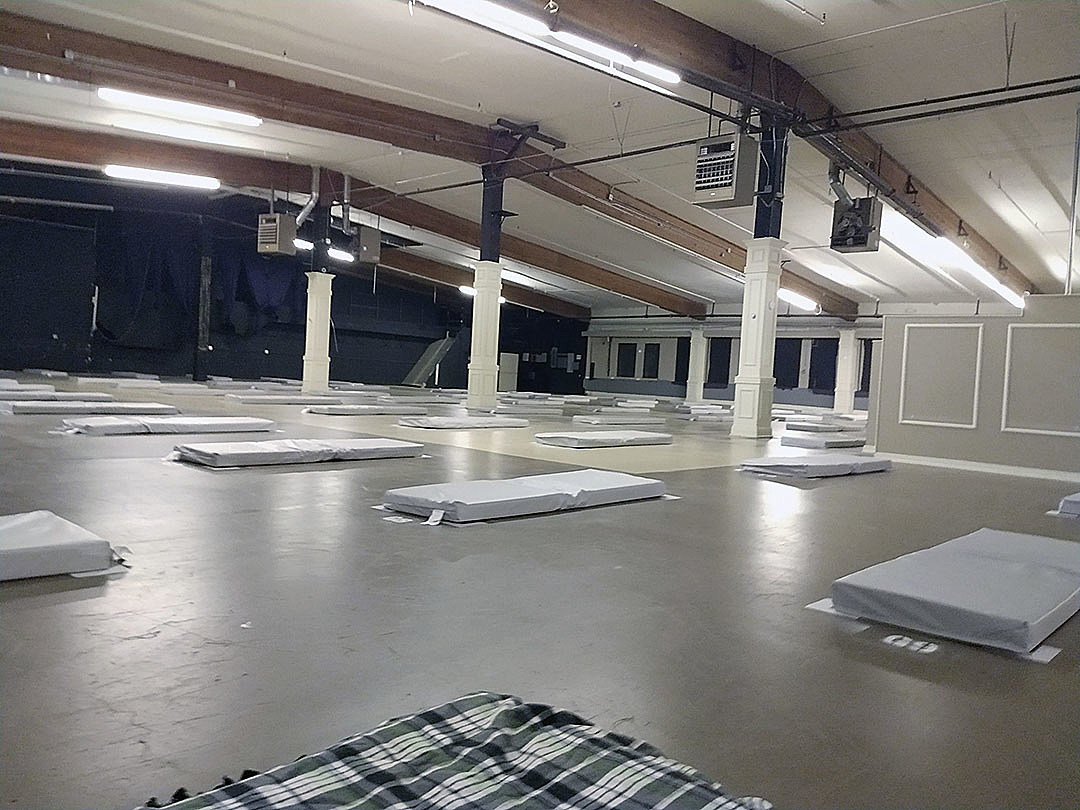 Despite the lingering concerns of some, the Missoula City Council on Monday night approved the funding and operation of an emergency winter shelter for the second straight year, saying it would provide an essential service as the pandemic grinds on.

But the shelter’s operation could be hindered by staffing challenges.

The council approved the Johnson Street shelter on an 8-3 vote, along with a city contribution of $311,000. The shelter’s total budget for the season is roughly $616,000.

The facility can serve up to 150 people a night and has targeted opening date of Nov. 1.

“Our local government and our City Council for years have worked very hard, to the extent that we can, to provide shelter in the winter time so people do not die,” said council member Gwen Jones. “That’s exactly what we’re doing now.”

The city’s primary shelter at the Poverello remains at reduced capacity due to CDC guidelines around the pandemic. That has increased the need for additional shelter space, leaving the Johnson Street facility as the primary option.

Aside from capacity issues, the pandemic also has had greater economic impacts on some, and when combined with current housing prices, the factors have aligned once again for shelter provisions, supporters contend.

But opponents site the mounting costs of addressing homelessness in Missoula, and the Johnson Street facility last year had outsized impacts on the surrounding area, according to council member Sandra Vasecka, who represents the neighborhood and opposed the shelter.

“I do think it’s unfortunate that the actions of a few ruined it for the many,” she said. “I have to respect my constituents’ complaints on this one and the neighbors of that center who had to deal with property crimes, sanitary issues and blatant drug use.”

“Without the shelter, we know people will die from exposure being outside in the Montana winter. It happens every year in our community,” she said. “We’re taking steps to learn from how things operated last year to try and make the situation better for both the people at the shelter and the neighbors in the vicinity. It’s not going to be perfect, but we have to do it to save people’s lives.”

The winter shelter is one of several pieces in play to address homelessness in Missoula. Last week, Missoula County approved a $400,000 contract to purchase 30 shelters intended for use at an outdoor location.

The city and county will also partner on opening a legal camp site, which will replace the illegal homeless camp under the Reserve Street bridge. The city is expected to consider a security contract later this week, though the cost of that operation hasn’t been identified.

But opening the Johnson Street facility by Nov. 1 remains a challenge, according to the Poverello. Hiring the necessary staff has been difficult, even with a recruitment campaign promising hiring and season-ending bonuses and hourly wages of $15 an hour.

“I have my fingers crossed that we won’t need a Plan B,” said Jill Bonny, director of the Pov. “We’ve talked about only being open at night for a short period of time if we needed to. I know that’s not perfect. When we did that last year in April at the end of the year, it caused more issues in the neighborhood because people were outside the building during the day. But it would at least give us somewhere for people to come in at night.”