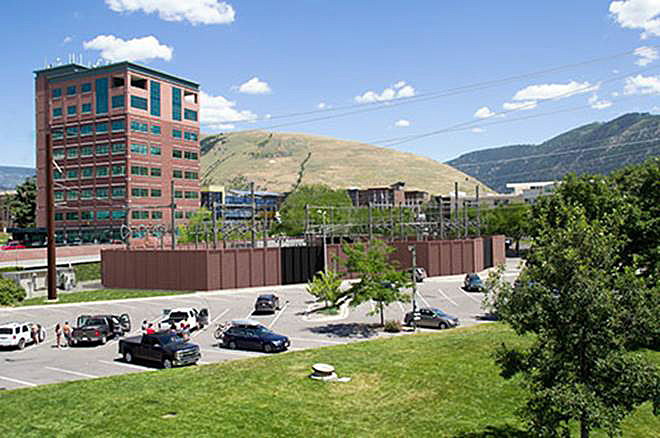 Changes to an electric substation in downtown Missoula will include a large component of art, though a committee must determine who the artist will be and what style and topic will be painted.

Members of the Missoula City Council this week unanimously backed a license agreement between the city and NorthWestern Energy to include art on the wall of the new $10 million substation planned in Caras Park this summer.

The city will pay the utility $2,500 a year to lease the wall for the sake of art.

“That new substation should end up being smaller in scale but larger in delivery, and with it will come solid walls that fully wrap that large structure,” said parks director Donna Gaukler. “We’ll have some of the largest and most visible public art in our community right in our downtown where so many people visit year-round.”

Both the Downtown Master Plan and the North Riverside Parks and Trails Plan called for the addition of art in the downtown district, in particular “big art.” The underside of the Higgins Avenue bridge has been identified as one possible canvas, as have the walls of the new substation.

But given the highly visible location, selecting the artist could be tricky, and selecting the winning style or image could be harder. Some fear the walls could be used to promote a cause, a political agenda or serve as advertising.

“This is essentially free advertisement for the artist,” said council member Sandra Vasecka. “Since the city is going to pay for it, I don’t want one artist to be preferred over another because of a personal connection.”

Council member Daniel Carlino expressed similar concerns but directed them at NorthWestern and the role it might play in choosing an artist or image.

“NorthWestern does a lot of propaganda in advertising,” Carlino suggested. “They’ve got the billboard about keeping our rivers clean, like on Broadway, while they’re simultaneously building gas pipelines under the rivers in Montana.”

But an artist’s expression must be permitted for the sake of art, less it be filtered by political agendas, some contend. Gaukler said the agreement with NorthWestern will run for 20 years and the parks department would get the call for artists to the public art committee.

Funding for the lease will come from the Parks District, and Guakler said the city negotiated with NorthWestern to settle on the $2,500 price. The starting bid was “about six times” higher, she said.

The utility last month announced its plans to increase the substation’s capacity and appearance in a project estimated at $10 million. The wall around the substation will be masonry, the utility said, and overhead distribution lines on Pattee Street will be converted to underground lines.

The work will improve the area’s appearance, as will the art, council members believe.

“This is a great opportunity to expand our public art inventory. This would further the goals of the Downtown Master Plan to include big art,” said council member Mirth Becerra. “It’s an opportunity to engage local artists and diversify the type of art we have in the community as well. It’s been something people have been wanting to do for a long time.”