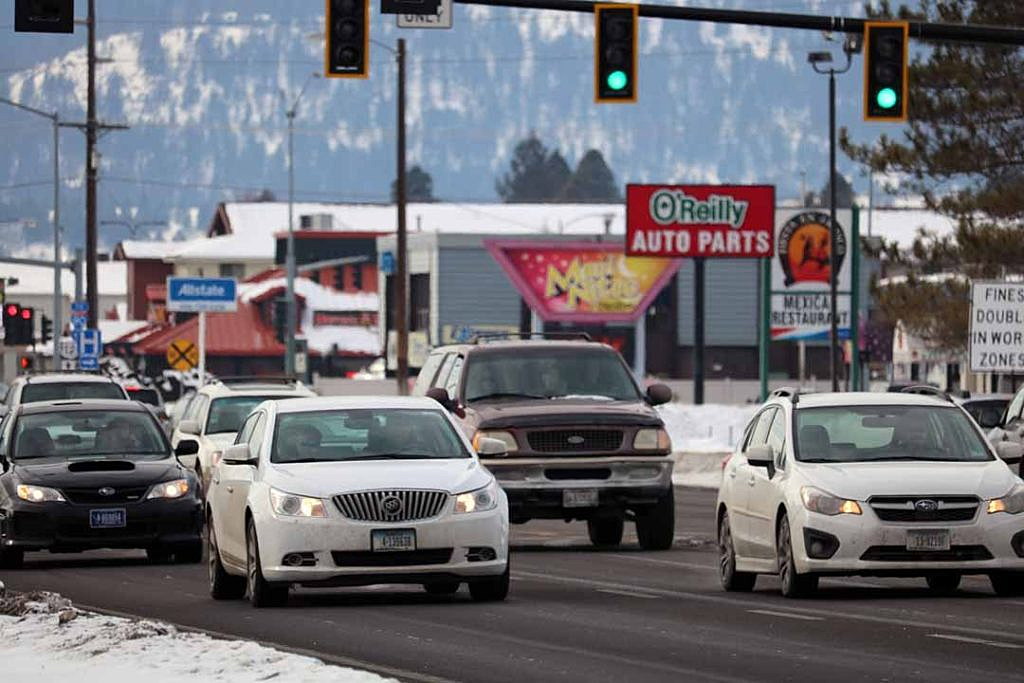 Seeking to reduce the number of cars on our Missoula roads is well-intended to address traffic congestion and heavy emissions, but we also need more concrete and long-range solutions.

Car emissions are already improving each year. Automobile manufacturers continue to make cleaner cars and trucks for us to drive. Late-model combustion engines have decreasing amounts of emissions due to better technology and regulations. Hybrid and electric cars are growing in numbers on our roads which will decrease overall emissions from autos.

Tesla has led the pack in the growing electric vehicle frenzy, and major auto brands are joining the charge by releasing their versions of electric vehicles. Volvo, for example, announced this summer that their entire fleet of 2019 cars onward will be either hybrid or fully electric.

Many of us living in or near Missoula must spend time in a car each week. As much as many of us like to walk, bus, and bike whenever possible, a car is often a necessity. Our long winters can make biking or walking through town dangerous or not an option at all on many days. We also typically have wide distances to travel across the city or region, with valuable cargo, which often makes driving (and carpooling) the most reasonable mode.

Let’s accept this reality and focus on necessary road improvements to safely and efficiently accommodate motorists, among other modes of transportation.

From recent technological breakthroughs and realities, we are encountering likely one of the greatest innovations since the creation of the automobile itself: the self-driving car (with and without a human in the driver’s seat). Self-driving cars are already on our roads today, with exponentially more arriving in each year ahead. Scientific data already shows that autonomous cars do and will improve traffic flows since they require less space between cars and are less distracted.

All the while we continue to see disturbing crash data with humans at the controls on our Montana roads, such as this for year 2016: A Montana Highway Patrol report shows that more than 12,000 drivers crashed on roadways last year compared to almost 14,000 in 2015. MHP reports that 100 people died in crashes on Montana roads with clear weather conditions in 2016, down from 126 in 2015.

Meanwhile, conditions involving sleet, hail, freezing rain and drizzle affected 127 crashes with no fatalities. Snowy weather conditions affected more than 2,000 incidents in 2016 and five of those were fatal crashes.

Missoula’s Reserve St. remains one of the most dangerous roads in the state, again leading the Missoula rate in crashes per million vehicles. Distracted drivers, including those under the influence of alcohol and drugs, will be much better off riding in a self-driving car rather than steering and at the controls.

Our roads, if modified to handle self-driving cars more efficiently, will have less bottlenecks and stop-and-go traffic stemming today from too many delayed, asynchronous stoplights. Improved-flow design concepts like our N. Orange St. roundabout and next year’s dog-bone interchange with two roundabouts at Van Buren / I-90 exit will keep our autonomous and human-controlled cars alike moving more freely with safer occupants.

Naysayers to autonomous cars may continue to take the controls as more of us get used to the benefits of the technology, and as the nascent technology in itself becomes safer. As Uber and Lyft evolve into more of a ride-sharing model with fleets comprised of self-driving cars, we’ll see our overburdened and expensive parking infrastructure (such as in downtown and on university campus) be liberated.

All things considered, Missoula should redirect much of its focus on “getting people out of cars” to instead modifying our roadways (including safer bike lanes, sidewalks, and trails) to be ready for our rides of the not-so-distant future.

What are your thoughts on sustainable transportation options for Missoula?

Kevin R. Davis is a proud husband and father, a long-time Missoula resident, an active hiker, biker, and motorist, founder of Big Sky Commerce, and president of the Grant Creek Trails Association