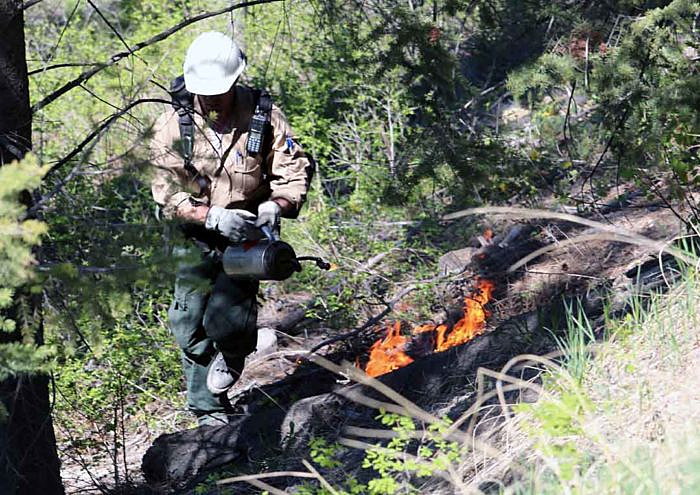 This Labor Day, I join many Montanans in thanking our hardworking firefighters, law enforcement and other emergency responders who fight this summer’s exceptionally intense, destructive wildfires. One way to express gratitude is to make sure Montana laws protect those who protect us.

Montana’s firefighters — from community volunteers to career city, state and federal emergency responders — sacrifice time away from their loved ones, friends, homes and work places. They breathe toxic smoke, endure the heat and face the unknown. They get hurt. Two brave hearts were killed this season. Let’s at least make their lives on and off the job easier with better resources, decent benefits and community prevention.

The Local Government Legislative Interim Committee met this summer and heard pleas for help from city and county leaders, firefighters and other public safety responders. Maximize fire service provisions, don’t be constrained by structure. Be open to options that work, like regional fire authorities to avoid duplication and maximize efficiencies for public safety. Update our antiquated century-old state laws.

Firefighters need the tools to do the job. One reason they stopped the recent Holmes Gulch fire from spreading to our Capital City was the use of a super tanker on loan, parked at the Helena airport. Granted, we can’t have a super tanker in every community. That’s unrealistic. But we can make sure equipment does the job, from trucks to telecommunications.

This fire season is an in-your-face (and in-your-lungs) reason why we should support presumptive illness legislation for firefighters and emergency responders. If a dedicated firefighter spends years battling fires and facing who knows what burning toxins, then we need to cover their medical expenses when they get sick down the road.  To do otherwise is an unjust smokescreen of the truth.

All emergency responders should be covered by workers’ comp. Only two-thirds of Montana’s firefighters are covered. One-third are on their own. Most of these folks are our neighbors who serve in volunteer fire departments on the front lines of defense.

Lightning strikes start many other wildfires, but another 40 percent are caused by people — careless cigarettes, smoldering camp fires, pranks or fireworks in a drought. We need to do better fire prevention and legislate enhanced authority for counties to protect the public safety in a drought or other emergency condition. Without these things, no wonder communities have a hard time attracting volunteer firefighters anymore.

It’s easy to say thank you for saving us from wildfires. What takes grit is to come together and support state legislation that says we as Montanans have the backs of those who put their lives on the line to have our backs. Thank you firefighters!

Rep. Mary Ann Dunwell represents Montana House District 84, Helena/East Helena in the state Legislature. She serves as vice-chair of the Local Government Legislative Interim Committee and can be reached at rep.maryann.dunwell@mt.gov or 406-461-5358.