2018 is going to be great – except for the beginning. That’s when we all make resolutions (the ones we know we won’t keep but make them anyway).

The top pledge last year, according to folks who track such things, was “to be a better person.” That was followed closely by “losing weight” and “exercising,” the two perennial favorites.

Despite the odds, I’m opting for the two perennials. For advice on how to accomplish my goals (since I write a history column), I’m turning to the pages of Montana newspapers past.

First I need to access my current state of corpulence.

Dr. Benjamin Ward Richardson, an eminent British physician, in one of his widely circulated articles from The Asclepiad, re-published by newspapers across America including the Great Falls Leader in November of 1888, poses a pivotal question: As you awaken from a night’s repose, do you “still feel oppressed by a sense of weariness?” Do you have a desire, “almost irresistible, to go to sleep again?” 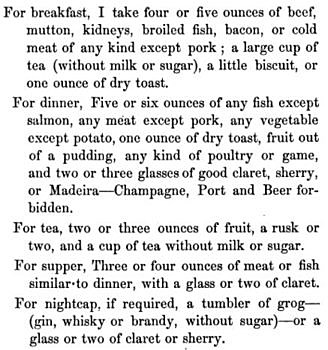 A-hah, exclaims Dr. Richardson, it appears you have a severe case of languor, caused by an accumulation of a “diffusible and light chemical substance, which acts after the manner of an intoxicant … to the nervous  system.”

The cure, he says, is simple: “exercise and the wearing of clothing which will give free liberation to the exhalations of the skin.” Get outside, says the good doctor, in “the most perfect purifier” known – “atmospheric air,” and be sure to wear what we now call “moisture-wicking clothing.”

An article in the Helena Independent in 1890 offers further, more specific advice on the nature of my outdoor exercise. It should involve running barefooted in “freshly fallen snow.” Five minutes, at first – then, a half hour at a time.

Now after my refreshing barefoot run in the snow, I am instructed not to dry my feet but “to put on dry socks (and boots) … and, then take a smart walk.”

The article asserts such exercise has “entirely cured a woman of chilblains and a girl of a toothache,” adding, “These are only typical cases among numerous cases.”

Wow. I can lose weight and avoid the dentist with one simple daily barefoot run in the snow!

Alternatives include bowling, “the most invigorating of all amusements” (1870); dancing, which “brings in play all the muscles” (1898); or curling, “one of the most healthful exercises imaginable (1899).

But the 1883 Rocky Mountain Husbandman newspaper points that exercise alone is not the answer. My eating habits must change as well. The daily amount of food and work must be in balance “like the accounts of an honest bookkeeper.”

But which diet to choose?

In the 1860s, William Banting abandoned exercise (it simply led to a more “prodigious appetite”) and began researching all sorts of diets. 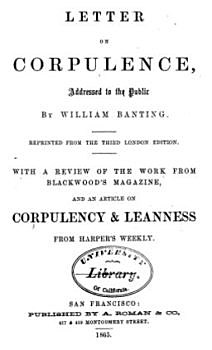 In 1865, declaring he had found the answer, he published a pamphlet on “Corpulency & Leanness,” recommending fresh fish, dry toast and considerable claret, sherry or Madeira. Lots of alcohol – that’s appealing.

For the purists, there was the “French Water Diet.” Alas, an article in the 1886 Butte Semi-Weekly Miner debunked the theory, quoting a Dr. DeBove as saying “the quantity of water taken has no influence on body weight.”

The Anaconda Standard had a story recommending we avoid certain “tabooed articles.” By doing so, one might lose “15 pounds within six weeks.” Feel free to eat meats of all kinds, but avoid “sweets and starches,” says the 1897 article. Wait a minute – that sounds like today’s Atkins Diet!

More research reveals there are lifestyles that require neither diet nor exercise to achieve weight loss.

The simplest and easiest of weight loss plans involves moving; not moving in the sense of physical exercise, but moving … to Denver.

A story in the 1880 Helena Herald declared if a 200-pound man were to move from the East to mile-high Denver, in two or three months he would become “a 175-pounder.” Even more weight could be lost by moving to Leadville, Colorado (elevation two miles above sea level), but you’d have to leave your pet behind. “Very few dogs, except hounds, can live in Leadville, and no cats survive there.”

Another simple lifestyle change is described in the Billings Herald. It carried a story from the Atlanta Constitution quoting a prison official as saying, “Leanness and meanness seem to go hand in hand.” There was not, he said, a single Georgia prisoner over 200 pounds.

But committing a felony, particularly in Georgia, seems a bit extreme in my search for svelteness.

And that same prison official made a persuasive argument to ditch this whole dieting thing and pursue the good life. “A fat man,” he said, “is always contented.” He eats well, sleeps well and laughs a lot. “A man who can do (that) does no murder, theft, robbery and bears not false witness against his neighbor.”

One could carry that philosophy even further, as did the Stevensville newspaper, the Western News, in 1907. Quoting dietary experts, the paper recommended, “Eating before going to bed, particularly if one is up late (as) being most favorable to thorough body repair that the blood at night be rich in nourishment.” 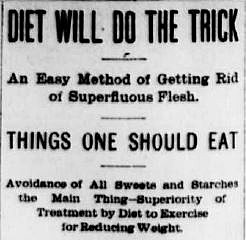 Maybe I have it all wrong. The 1898 Anaconda Standard says this whole New Year’s resolution thing is a slippery slope. Their editorial staff concludes it unwise “to take a pet fault and resolve against it.”

They recommend something small – something achievable. “If we put our nineteenth-century vigor to work we may kill the habit before the twentieth dawns.

“The good resolution day is upon us. Do not let it pass unheeded, and do not abuse it. Let us all resolve some one thing and carry it to a successful finish no matter how small it may be.”

I think I’ll change my resolution to “being a better person,” while eating, drinking and making merry.