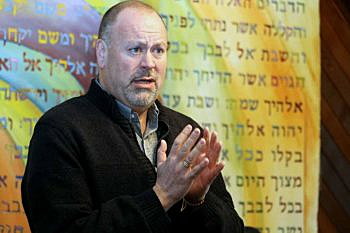 Sometimes it’s hard to know where to begin.

First, I believe that black lives matter. That’s why I’ve marched with my fellow residents on Martin Luther King, Jr. Day over the years and enjoyed the privilege of occasionally addressing the small crowds gathered on cold January evenings in Caras Park.

Second, I find white supremacy, racism, bigotry and hate deplorable and the long, relentless history of systemically subjecting people of color to discrimination, violence and injustice heartbreaking. That’s why I’ve read proclamations supporting missing and murdered indigenous women, stood with the Jewish community when anti-Semitic flyers showed up in Missoula, advocated for refugee resettlement in our community and made a point to spend time with Diverse U organizers and members.

Third, if I weren’t constrained by the constitution and laws I swore to uphold, there’d be no selfappointed “militia” carrying weapons on the Missoula County Courthouse lawn or on the streets of Missoula. That’s why I supported local legislation to put a little common sense back into our gun regulations.

And I realize that none of that is enough. Another black man’s been murdered and, finally, the outrage doesn’t seem to be fading. And folks who don’t really know me because they’re living busy lives or are just beginning to understand the strength of local government, as well as its limitations, are looking for leadership and change and an end to the senseless, cruel and unnecessary pain, suffering and deaths of folks who have been treated as lesser because of the color of their skin. They’re mad, and I’m as good a place to unload that anger as any. After all, I ask for this job every four years and expect the folks I serve to have high expectations.

I’m mad, too. I’m frustrated to be part of a system that’s in part rigged. The world was far from perfect when I was a kid growing up in Missoula, but it seemed that the divide between the haves and the havenots was nowhere near as wide. And while there was plenty of racism and bigotry, I’m sure, it wasn’t promoted by the president of the United States, played out 24 hours a day on “news” channels and broadcast through social media.

Now, those factors, and others, are constant reminders of our failure as a society to confront and change who we’ve become, or maybe who we’ve always been.

During the course of the last three weeks, I’ve had direct conversations with angry residents, asked for inperson conversations with others and made plans for a large gathering of Missoulians to help me understand if a community plan to end discrimination and promote social justice makes sense.

When faced with intractable problems, Missoulians show up and make a difference. We’re six years into our 10-year plan to end homelessness, and we’re making progress. We’re far from done, but our point-intime count of unhoused residents was less than 350 this year, down from nearly 1,000 in years past. We’re housing more Missoulians, and we’re housing them faster and we’re housing them permanently. And folks mocked our plan when we rolled it out. But we made the right investments in people and moved forward.

We’re investing, in fits and starts, in programming that’s all about equity, but it’s not enough, and it’s not systematic and it’s unlikely to make a meaningful difference without a plan. So, through conversation with community partners from Empower Montana and others, my hope is to convene enough folks to move forward with a plan that will get us somewhere.

I’m also joining Missoula City Council members who have called for a series of listening sessions so we can hear you, live and in person, in an organized way to learn more, which I’m still able to do after all these years.

Last week, I heard from a woman of color who told me she’s never felt safe in Missoula. I want to know why and I want to do something about that. It won’t be easy or perfect, but I’ve never been satisfied with the status quo, and I’m not now.

That’s all stuff that will take time. I heard from many of you that you want me to “de-fund” police, which I’ve learned means we need to increase investment elsewhere to get to the root of inequality and injustice. And while I continue to believe that the women and men of the Missoula Police Department are committed public servants and that communities actually need a well-trained, organized and equipped police force, we have plenty of room to grow and adapt. Our chief, Jaeson White, is as committed to Missoula being a model agency as I am.

And, before George Floyd was murdered, Chief White and I were talking about how we could provide adequate changing facilities and a shower for officers so they weren’t endangering their families. And while I still believe there’s a clear and pressing need to move forward with that project, I’ve slowed it down so you all can know more about what it really is, as opposed to some of the social-media speculation. And I’ll put the decision to move forward in the hands of your elected City Council.

As of this evening, lots of folks have e-mailed me, and lots of calls have likely come into the Mayor’s Office.

This is my answer to those e-mails and calls. We’ll listen, learn and change. It won’t be enough for some and too much for others. It will be too slow or too fast. But we’ll make progress.

I’m going to do my best, which is what I’ve been committed to doing for my hometown since 2006. But there’s only one of me, so I’ll need your help, your compassion, your intelligence, your skepticism, your optimism and your reasonableness in the face of an unreasonable world.

Thank you for caring enough to be angry. Thank you for expecting me to do something. And thank you, in advance, for lending me a hand.

Sometimes it’s as hard to know when to end as it is to begin.

So I’ll leave you with this: I believe Black Lives Matter. Now I have to prove it.