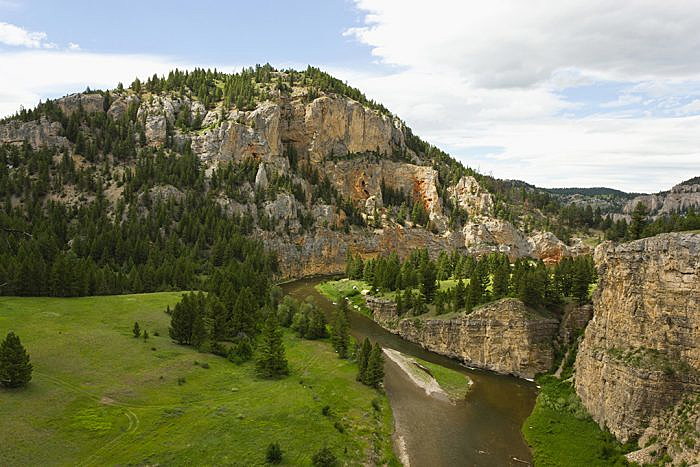 Something doesn’t sit right with an Australian CEO living in Canada telling Montanans how to best use our land and manage our resources. Yet, that’s just what Rob Scargill, CEO of Australian company Sandfire Resources, did in a recent op-ed in the Great Falls Tribune. He doesn’t know Montana’s history of failing to protect water from mining activity, so we’re hoping he listens to us now.

Mr. Scargill, you don’t have to travel far from White Sulphur Springs to see how the legacy of over-promising mining companies have saddled the state and taxpayers with contaminated water and perpetual remediation costs.

From there, travel south to the Montana Tunnels mine near Jefferson City. This recently defunct operation was permitted utilizing modern bonding regulations and requirements but is now underbonded by approximately $16.5 million and counting. The highwall for the mine is in serious danger of catastrophic collapse, and Clancy Creek has been turned into a small diameter pipe, which has entirely choked off fish passage.

From there, head southwest to Anaconda. The nearby Beal Mountain Mine was an open-pit cyanide heap leach mine that operated through the ’80s and ’90s, promising jobs, full remediation, and few environmental impacts. When the company declared bankruptcy in 1997, taxpayers were saddled with costs of cleanup and perpetual water treatment for this (and other) mines. Beal tailings also pose a threat to ongoing cleanup efforts downstream in the Clark Fork River, which are focused on removing tailings contamination from a different mining operation.

Finally, head toward north central Montana until you reach the Fort Belknap Reservation. The residents there can tell you about the gold mines that have caused perpetual acid mine drainage, which contaminates their water, desecrates their land, and costs taxpayers millions of dollars. This water will be contaminated forever, because a mining company made promises they didn’t keep.

We aren’t saying that you’ll do this, Mr. Scargill, but the old adage is that the road to hell is paved with good intentions. Your company, Sandfire Resources, owns the Black Butte Copper Mine, which has had its sights on mining the most important tributary of the Smith River for years. Sandfire has partnered with a Canadian startup called Tintina Resources to submit an application for a massive copper mine on Sheep Creek, a headwater tributary of the Smith River.

For Montanans, the Smith is a treasure worth more than profits going to corporate mine investors overseas, Mr. Scargill. The Smith is world-renowned for its solitude, rugged canyon scenery, and blue-ribbon trout fishery. People travel from around the world to float its waters. Thousands of people apply for permits to float the Smith each year, with only a lucky few scoring a permit. For millennia, Native Americans called the Smith watershed their home and adorned the high canyon walls with some of the best and most prolific examples of pictographs in Montana, which visitors cherish seeing today.

And the fish! Montana Fish, Wildlife, and Parks classifies the Smith River’s fishery as high-value, owing to its bountiful population of rainbow, brown, westslope cutthroat, and brook trout. Actor Henry Winkler said fly-fishing the Smith is the “closest he’s come to the divine.”

Dozens of businesses rely on the Smith being a healthy fishery and floating destination. It is estimated that fishing alone on the Smith River provides a $10 million annual impact to outfitters and surrounding communities. Over the years, this impact only grows as more of the public gets to experience and revisit this special river. The Smith is at the heart of the state’s $7.1 billion outdoor recreation economy. If we can’t protect this place from the risks of industrial mining, it’s a spike in the heart of Montana’s outdoor economy and heritage.

Mr. Scargill’s promises are not new. They are part of the same old story Montanans have heard from mining companies before. “We’ll be careful. We have the best technology. We’ll clean up after ourselves.” Time and time again, Montana has trusted these companies, only to be burned and left with contaminated water and exorbitant cleanup costs.

The Smith River is not something we’re willing to gamble with.