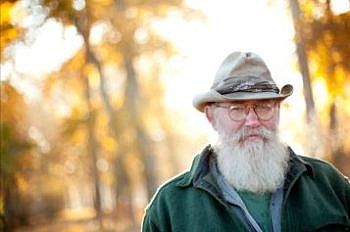 Missoula County Commissioners on Monday named Mark Vander Meer as the recipient of this year’s Land Stewardship Award, calling him a leader in landscape restoration.

Vander Meer will be recognized during an award presentation set for July 6 at one of his forest management sites near Gold Creek.

“Historically, I thought of (Vander Meer) as somewhat of an enigma – a logger, a forester and yet an environmentalist,” Tom DeLuca, dean of the College of Forestry and Conservation at the University of Montana. “Now, looking back, I see him as less of an enigma and more of a glimpse into the future.”

Vander Meer has played a central part over the years in a number of land restoration projects on state and federal land, as well as city and county land.

Those in the field describe him as a champion of natural resource restoration and soil health. Not only does he practice stewardship by helping others with their projects, but he does the same on his own land holdings.

“He has been committed to stewardship on a larger scale through volunteering his time for workshops, lectures, and assisting in planting riparian species along Pattee Creek,” said Katie Klietz, the county’s communication’s coordinator. “He’s always willing to take on the next project or challenge.”

The Land Stewardship Award recognizes landowners and residents who are taking stewardship of land and water seriously while embarking on projects and practices that make a difference for land, water, forests, wildlife and communities.

“Forestry is about to turn the corner from being cast as part of the extraction industry to leaders in the environmental field, and (Vander Meer) will be there leading the way,” said DeLuca.

The ceremony will take place on Thursday, July 6 at 1:30 p.m. near Gold Creek, located roughly 60 miles east of Missoula.