Volunteers from across Missoula took to a soggy knob in the South Hills this weekend to celebrate National Public Lands Day, and to scratch a fresh trail into the newest piece of open space owned by the city.

Armed with shovels and Pulaskis, volunteers marched off the crest of the South Hills Spur between bouts of rain to add the finishing touches on what will open next spring as the Barmeyer Loop, a name given in honor of the family that donated the land.

“It starts down in Pattee Canyon and will come up and do a loop through the property,” said Morgan Valliant, the city’s conservation lands manager. “Our hope is to have this area open to the public by spring and start working on a trail that will connect over to the Dean Stone Mountain (Mansion Heights) neighborhood to another trail over there.”

In an agreement forged by Five Valleys Land Trust last spring, the Barmeyer family set aside roughly 125 acres of land above Pattee Canyon as a conservation easement. Of that donation, 88 acres were reserved for public use and purchased by the city using $270,000 in Open Space Bond funds.

The trail, which cuts through the newly acquired land, rises 1,200 vertical feet from the trailhead off Pattee Canyon Drive to the crest of the South Hills Spur, a prominent knob rising above the Missoula Valley’s southeastern corner.

In time, the trail will tie into a growing network of open space across the South Hills. At some point, it could also reach the crest of Mount Dean Stone, though that would require the passage of a new Open Space Bond.

“It’s going to be great to ride this on my bike and look back and remember what it was like building it,” said trail volunteer Mark Reinsel, a member of Mountain Biking Missoula. “These are pretty good conditions to dig, though I’m glad the rain stopped. It’s rewarding work.” 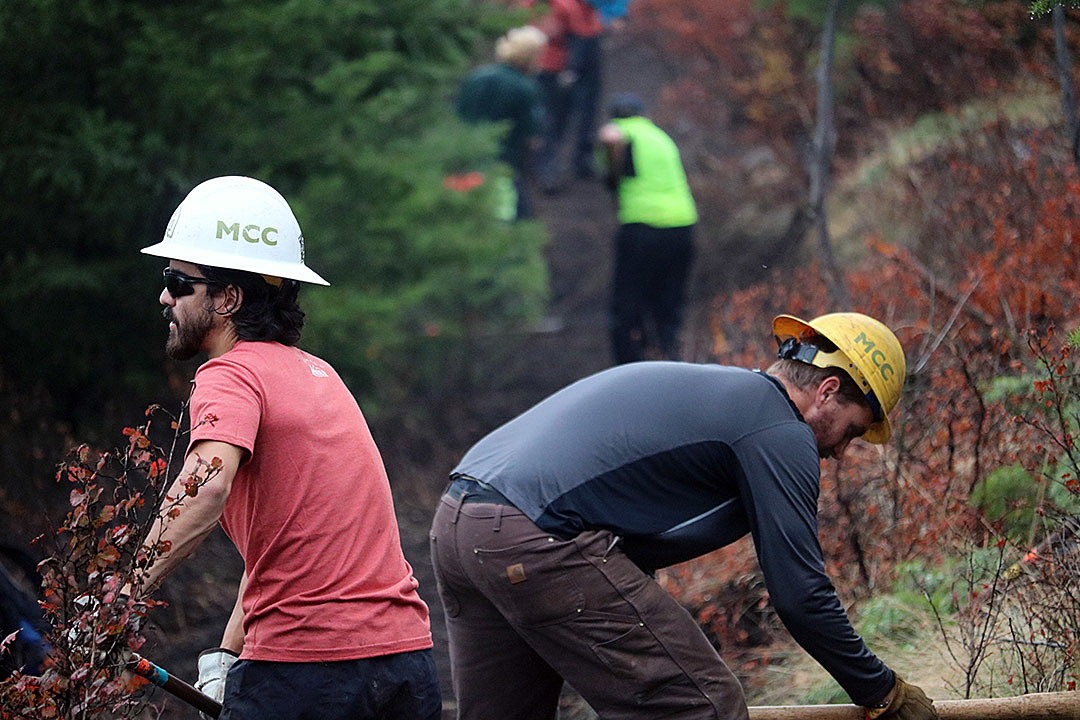 Rain had dampened the soil and clouds skirted the valley below, at times cloaking the city in fog. The colors of fall had taken to the trees, painting them in reds and golds. In the early morning hours, Pattee Canyon lay deep and quiet, less the sound of cheerful conversation and shovels scratching at the soil.

Unlike Mount Jumbo and Mount Sentinel, along with the North Hills, which all consist largely of grasslands, the South Hills project lays claim to a diverse ecosystem. It begins as Western red cedar at its deepest point, resembling the great mossy forests of the Pacific Northwest.

“Then you come up through this old burn from 1975, and you can still see where the fire stopped where the trees get tall,” said Valliant, pointing down the slope. “You come up into what’s one of the more pristine red fescue grasslands I’ve seen in the South Hills. You come and go through multiple little ecosystems.”

Valliant joined crews as they worked and noted the trail network crossing the face of Mount Sentinel. In purchasing that landmark as open space more than two decades ago, the city acquired an existing trail system based largely off old roads.

That preexisting trail system isn’t ideal and the city is doing what it can to mitigate the challenges that come with it. But the South Hills project is one that’s starting from scratch, and that presents opportunities to lessen the impact of human recreation.

“A lot of the areas we’ve had for a long time, the trail system was based off a road system that was either used as an old ranch road, a logging road or the fire road on Mount Sentinel,” Valliant said. “It sets where you can build your trails, and you’ve had the public using them now for decades. But building a trail the right way from the start, one the public can recreate on, the problem of people going off trail starts to disappear.” 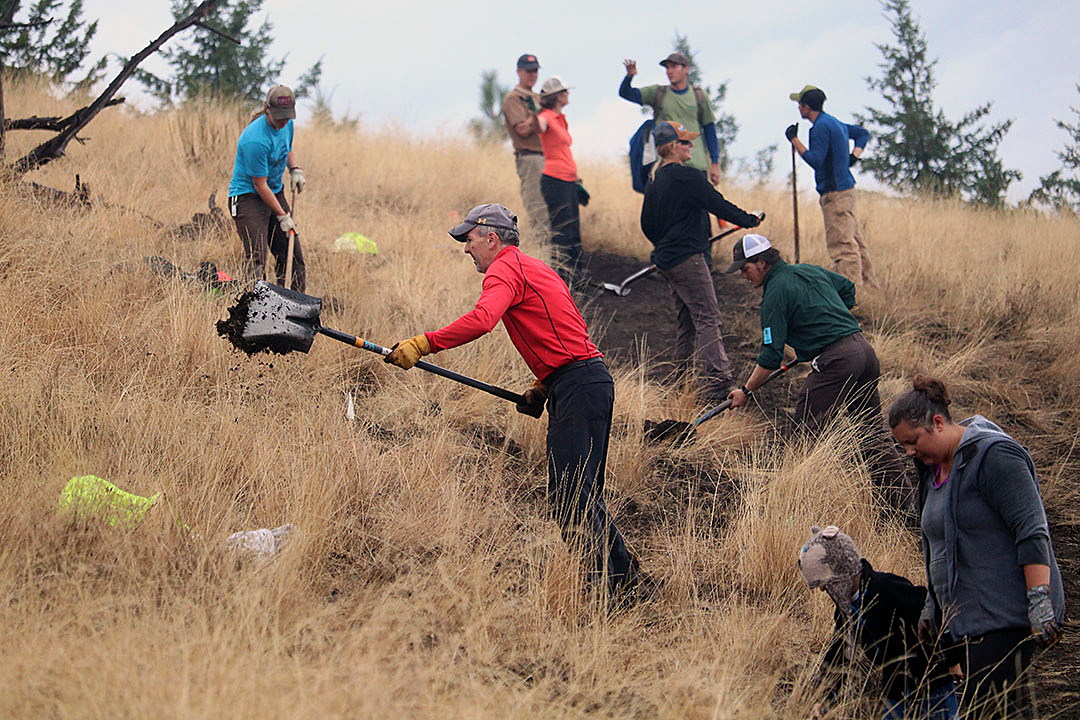 Taking a strategic approach, Five Valleys has for the last five years chipped away at building a network of open space in the South Hills. After the Barmeyer agreement closed last spring, Five Valleys set its sights on 83 adjoining acres identified as the South Hills Spur.

The city purchased that property in October for roughly $575,000. While it’s a big step in protecting land once eyed for development, the gem that is Dean Stone Mountain remains unfilled.

But that project took a promising step forward last year when The Nature Conservancy granted Five Valleys a three-year option to purchase the land for $1 million, much less than its $1.5 million value. If successful, the legacy-scale conservation effort would protect 4,000 acres flanking the valley’s southeastern corner as open space.

The Barmeyer Loop would serve as the first trail in the system.

“This will give access to hopefully a much larger Dean Stone project,” said Valliant. “They’ve got another 100 acres that Five Valleys physically owns right now going up toward that radio tower. They’d love to sell it to the city, but we have to pass another Open Space Bond. We spent the last bit of open space money on this and a couple other projects in town.”