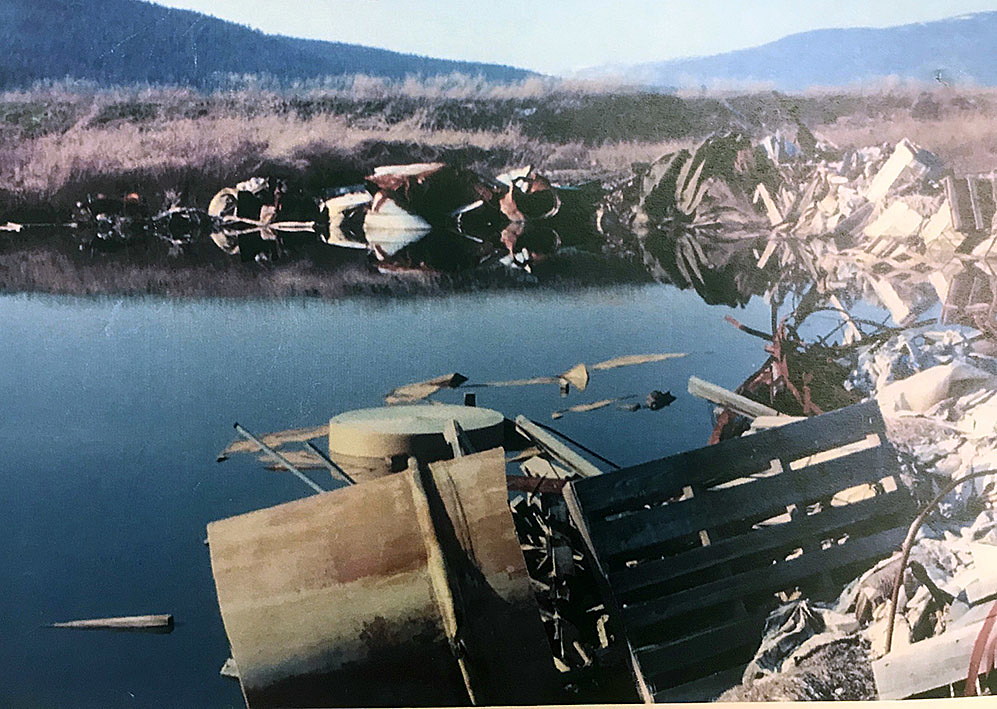 Missoula County commissioners on Wednesday said the U.S. Environmental Protection Agency has failed to address both human and ecological health concerns in a risk assessment conducted for portions of an abandoned industrial site near Frenchtown.

Commissioners said they’ve written the EPA and Montana Department of Environmental Quality repeatedly since the Smurfit-Stone Container Corp. pulp and paper mill shut down in 2010, asking the agencies to evaluate the risk posed by unlicensed dumps at the sprawling riverside site.

To date, however, the agencies’ evaluation has failed to address those concerns, the county contends.

“We believe that the risk of floods eroding these dumps and the ongoing release of contaminants from the dumps to groundwater are the primary ecological and human health risks posed by this site,” commissioners wrote in a letter to the two agencies. “The remedial investigation completed to date has not adequately characterized the contents of the dumps.”

Peter Nielsen, supervisor of the Missoula Valley Water Quality District, said the dumps were used to dispose of all forms of industrial waste from the mill between 1957 and 1993. That included the disposal of sludge and ash until 2010, when the mill shut down.

The dumps cover 160 acres and were never licensed by the state, Nielsen said. A small portion of the dumps were capped with 18 inches of soil in 1993 without further investigation.

“It’s about 160 acres, a pretty large area of solid waste disposal – industrial waste from the mill over a period of 53 years,” Nielsen said. “It’s located out near the river and was buried in ground water at the time. They’re not closed or secure from floods, and that’s the primary concern with the site.” 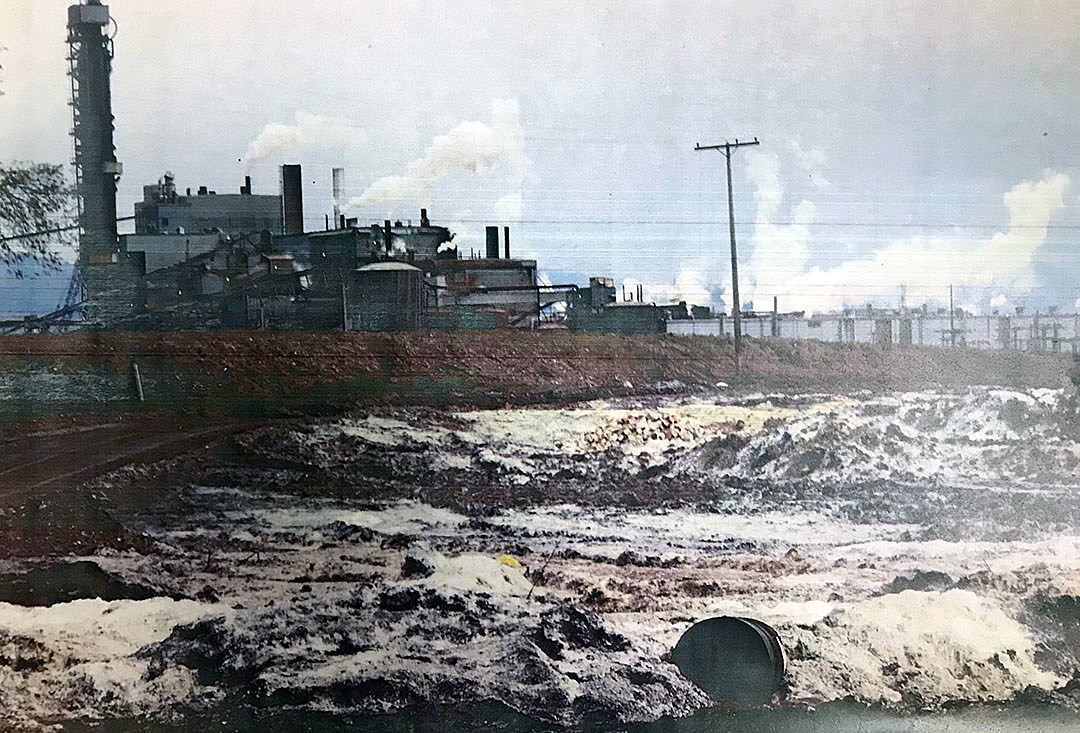 The dumps covered with topsoil included three of the six primary mill dumps but none of the four sludge and ash dumps. A landfill license wasn’t issued, the county said, due to the proximity of waste to groundwater and the Clark Fork River.

While the county has written a detailed account of the state’s failure to regulate the dumps in accordance with the law, commissioners said they’ve received no substantive response. The state’s lack of regulation has resulted in insufficient information regarding the dumps and their contents, the county said.

“The main dump is 10 acres, and we’ve got photos here with drums in that dump,” said Nielsen. “They’ve done one deep boring and then a number of shallow samples as well in that dump, but it’s not fully characterized. They don’t even know the volume of it to look at how you might clean it up.”

In a letter to the agencies signed Wednesday, the county outlined a number of concerns. Among them, the volume of material in the dumps remains unknown, as well as the contents. Landfill gasses haven’t been assessed, and the stability of the earthen berms around the dumps has not been studied.

“The unlined dumps are saturated in groundwater, but the investigation has not determined when peak seasonal groundwater occurs or sampled monitoring wells at that time,” the county said. “The risk of the dumps to both groundwater and surface water cannot be evaluated at this time because the agencies have not required the responsible parties to investigate the dumps.”

The county fears that a large flood could erode more than five decades of sludge, ash and industrial waste. It’s also a concern shared by residents who live downstream of the industrial site, as well as the Confederated Salish and Kootenai Tribes and other stakeholders, including the Clark Fork Coalition. 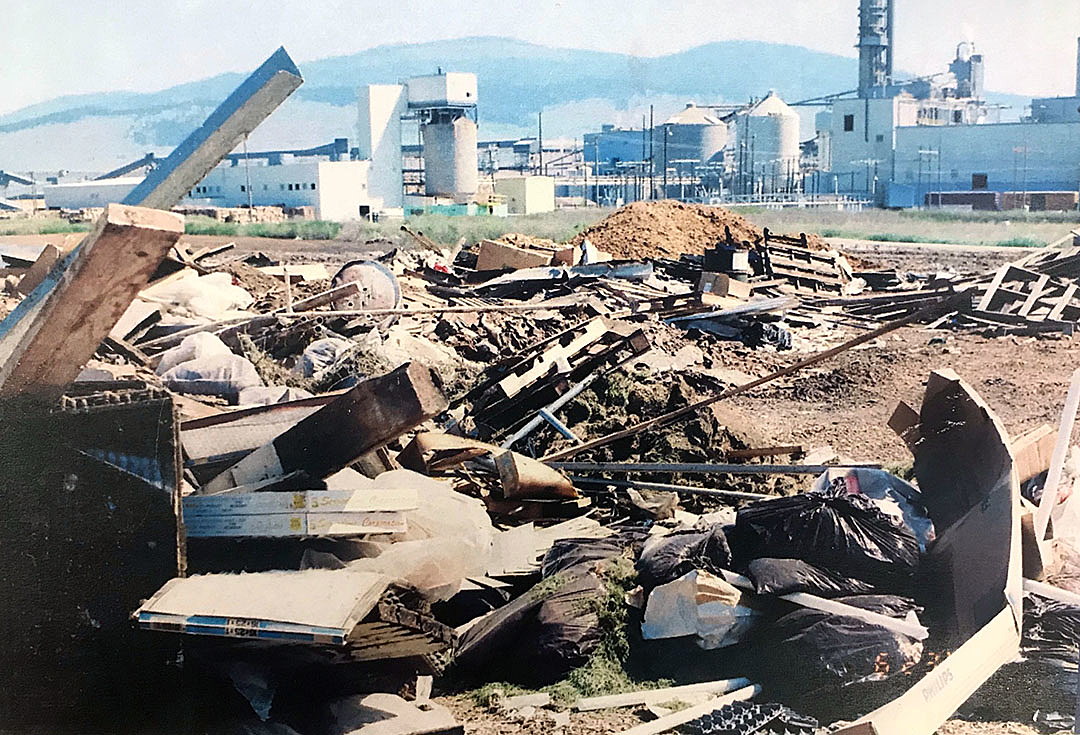 The county is asking the EPA and DEQ for a detailed response to its concerns. The county has written at least 28 letters to the two agencies since 2011.

“I don’t think they’re intending to evaluate the dumps,” Nielsen said. “The comment they pay the most attention to on this might be from a district judge. I think that’s what it’s going to take.”

The EPA said its draft human health risk assessment for the area covering the core industrial footprint of the mill, known as operating unit 2, focused on soil and groundwater exposures to future residents and workers.

The risk screening determined that non-cancer hazards within the unit resulting from manganese in groundwater was above EPA’s level of concern.

The draft risk assessment for the area covering the settling ponds and Clark Fork River floodplain, known as operating unit 3, found that more contaminants were either below conservative risk-based screening levels, or below background levels, or present at a level that didn’t pose an unacceptable risk.

“The current risk assessments do not reflect the actual risk at the site due to insufficient testing,” the county said. “We request that these draft assessments not be finalized until a property evaluation of the dumps, other on-site source areas and fish tissues are completed.”