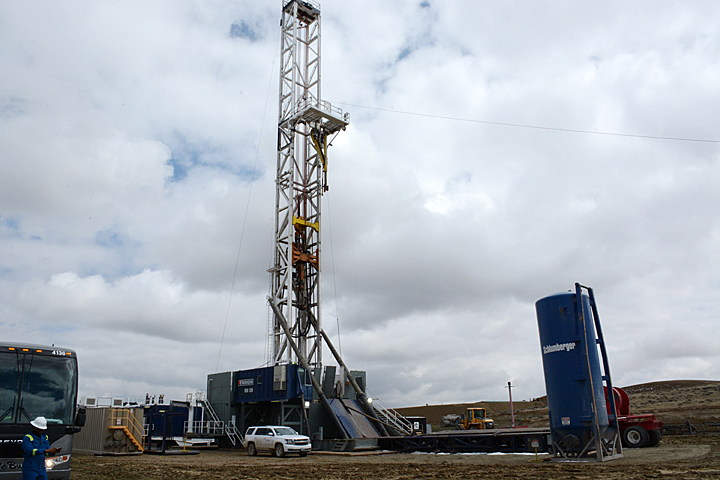 In spite of lawsuits challenging past sales, the federal government has announced another auction of more than 100 oil and gas leases in Montana.

Late last week, the U.S. Bureau of Land Management published maps and details of 118 parcels in Montana to be sold at a December auction to interested oil and gas companies. The BLM will take public comment on the leases, but only until July 20.

The announcement has raised some eyebrows, because three previous lease sales have seen legal challenges.

Most recently, a court order deferred an auction of 223 parcels scheduled for last month.

BLM Acting State Director Jon K. Raby said in an April 24 letter to lease bidders that the deferral was a result of a March 26 ruling where the Western Organization of Resource Councils succeeded in challenging additional resource extraction in the Powder River Basin.

Since then, attorneys for the Western Organization of Resource Councils have argued for a hold on any new leases in that area until the BLM updates its decades-old resource management plans with new information on pollution and climate change.

In the new auction listing, the Miles City BLM office has proposed 48 leases, all far from the Powder River region. However, they may still be affected by Morris’ order.

The leases may also end up being affected by another lawsuit filed in May, which challenges the two previous BLM lease sales in March and December 2017.

Several of the 287 parcels in those sales are adjacent to the Tongue River and other streams. The Department of the Interior ultimately removed from the March sale about 25 parcels that were close to the Yellowstone River in the Paradise Valley.

The plaintiffs say the BLM failed to prepare an environmental assessment to consider the effects of possible groundwater contamination in addition to greenhouse-gas emissions.

Landowners David Katz and Bonnie and Jack Martinell joined the Montana Environmental Information Center and WildEarth Guardians in the lawsuit after they grew concerned about the effects of fracking on their groundwater and water in the Stillwater and Clark’s Fork rivers in southeastern Montana where they live and raise organic fruit. Drilling so close to streams increases the threat of oil and gas spills in Montana’s waters.

Several of the parcels proposed for the upcoming auction are also either adjacent to or within a half-mile of major rivers or their tributaries, including three on Tongue River Reservoir, six on the Musselshell River and a dozen on the Yellowstone River.

The lawsuits are responding to the surge of lease sales that have occurred since the Trump administration began.

The BLM holds three to four auctions a year and considers parcels for lease only when interested parties make requests for them. Montana wasn’t as popular while the Bakken fields were booming and oil prices were high.

A review of Montana-Dakota BLM documents shows that few leases were for sale in Montana prior to October 2016. Between 2013 and 2016, many auctions had no Montana leases while a few sales listed a handful.

After November 2016, however, each auction has included 100 to 200 leases in Montana, although not all sold.

“These are beautiful areas of Montana that up until this point have been relatively untouched by oil and gas drilling,” said Western Environmental Law Center attorney Laura King. “We see this administration as pretty aggressive in moving forward with oil and gas development at the expense of other resource values.”

In February, the Department of Interior sought to speed up the approval process for oil and gas development on public lands by encouraging the use of “determinations of NEPA adequacy,” a BLM policy where the agency doesn’t have to carry out environmental studies if previous studies would apply. The National Environmental Policy Act requires environmental study of federal projects as part of the public process.

Also, a June 23 DOI memorandum reversed an Obama administration rule requiring an environmental review of oil wells on non-federal land if they end up drilling beneath federal land.

However, for all the sales, more money should probably be going into the nation’s coffers. Over the past 15 years, a number of U.S. General Accounting Office reports have repeatedly criticized the BLM for poor tracking of lease data, not charging companies who suspend but still keep their leases, and the fact that royalty rates are low and have seen few increases.

For example, in the March auction, the BLM reported that the highest bid was $33 an acre, but the minimum is $2 and rent is $1.50 an acre.

The question is also how many more leases need to be sold? A recent study by the Taxpayers for Common Sense found that cheap rental rates mean speculators can buy up leases and sit on them, locking the land away from other uses, such as recreation or grazing. There is no requirement to drill on a leased parcel, and for the past five years, only half to two-thirds of about 40,000 leased federal parcels were producing oil or gas, according to BLM documents.

To comment on the lease sale, go to https://go.usa.gov/xQSdY.