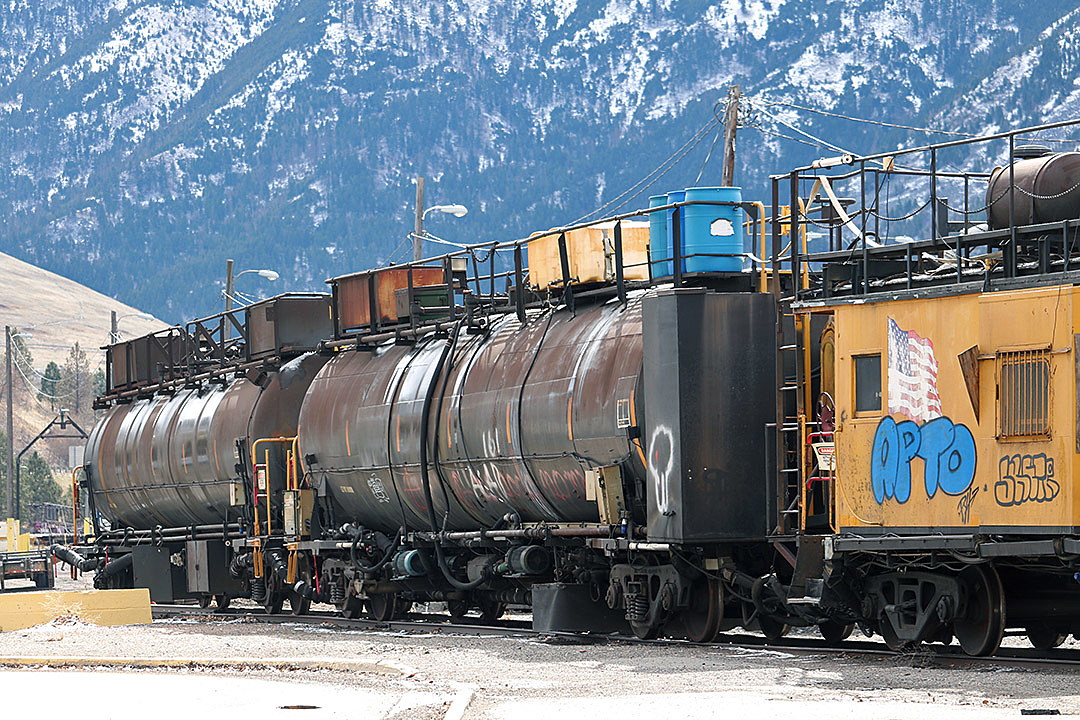 With the comment period closing and a remedy pending, the Missoula City Council has approved a resolution to the Montana Department of Environmental Quality urging it to ensure that portions of the downtown rail yard are cleaned to residential standards.

Anything less would eliminate housing as a potential use on one of the last large swaths of land in the downtown district – something council members described as short sighted.

The DEQ’s current recommended remedy calls for industrial-level cleanup. The comment period is open until May 2.

“This isn’t an acceptable cleanup for this site,” said council member Heidi West. “We have an extreme housing crisis, and taking this land out of production in perpetuity is really short sighted. It’s our one-time shot at getting the entity responsible for the environmental impact to clean it up.”

The downtown fueling and switching yard owned by Burlington Northern was listed as a state Superfund site in 1994 and remains contaminated with free product diesel and other compounds related to industrial activity.

According to DEQ, it must consider “the present and reasonably anticipated future uses” of the facility. For now, the agency doesn’t believe those uses include housing.

But in its resolution, the city describes DEQ’s conclusion regarding future uses as unacceptable. The agency’s proposed cleanup falls to a lower standard and would limit what the city sees as the property’s full potential given its location.

The last two versions of the Downtown Master Plan have eyed the property for housing and a northern extension of the downtown district.

“The plan recognizes the rail yard as our last, best and biggest opportunity to providing housing downtown, where services and infrastructure are already available,” said Ellen Buchanan, director of the Missoula Redevelopment Agency. “We have a lot of parking lots downtown, but noting that can impact housing on the order of magnitude the rail yard can.”

The property’s industrial uses date back to the 1880s and the arrival of the railroad in the Missoula Valley. While those uses remain largely unchanged, housing has encroached on the switching yard, including 27 new housing permits filed in just the last two years.

The city’s housing needs have also grown more acute, and the rail yard is seen as an area ripe for growth and infill.

“It’s quite common to see high-density residential development in commercial zoning,” said Eran Pehan, director of the city’s office of Community Planning, Development and Innovation. “In the past six years, 320 new homes have been constructed in these zoning districts. It makes up almost 9% of our total new residential units or homes in the same time frame.”

Housing experts blame the city’s rising housing costs in part on its lack of inventory. The vacancy rate for rental units remains at 1%, well below what’s considered healthy.

At the end of 2020, Pehan added, just 554 residential homes were permitted, well below the 2016 peak of 775 homes and far less than what’s needed to keep up with demand. Solving the housing shortage requires more supply across all price points, and the rail yard provides a sizable opportunity.

“By design, that zoning district is intended to promote residential uses alongside commercial uses,” Pehan said. “Proximity to the rail yard doesn’t detract from the desire and pressure to provide more housing downtown.”

John Adams, the city’s Brownfields administrator, said there are no current developers eyeing the property for an immediate residential project, nor has Montana Rail Link or Burlington Northern expressed an intent to abandon the site.

But DEQ is poised to issue a preferred remedy directing cleanup, potentially setting the property’s future uses in motion. It could also determine who pays for the cleanup, be it the railroad or the taxpayers.

“Our position is that it’s reasonable to anticipate that at some point in the future that’s going to change, and there will be residential development of the rail yard, and the entity that caused the pollution should pay for the cleanup to permit that use,” Adams said.