The City of Missoula’s carbon emissions have risen over a baseline study conducted more than a decade ago, though city leaders see new opportunities and believe they now have a better picture of the challenges ahead.

Among its many efforts around climate action, the city adopted a goal to achieve carbon neutrality by 2025 and was hoping to see a 50% reduction in emissions over the 2008 baseline by last year.

“We did not achieve 50% reductions, but there’s some reasons why and some great things we’re doing, and some opportunities for the future,” said Leigh Ratterman, the city’s climate action specialist. “The way we’re going to achieve that is a measure of conservation and reduction, and purchasing carbon offsets for anything we haven’t been able reduce or eliminate.”

The city’s growth in emissions since 2017 is largely attributed to its acquisition of the water utility, which it didn’t own when the baseline on carbon emissions was created in 2008.

During the proceedings leading up to the city’s takeover, the water utility was said to be in poor condition, run by old equipment and with a leakage rate of around 50%.

The city is slowly making investments to bring the utility up to modern standards, but that will take time. Until then, the utility is still dominated by energy-intensive equipment, and it accounts for nearly 87% of the city’s increase in its carbon output.

“Our city pumps and wells are very outdated. About half the water pumped up from the aquifer and treated falls back in. When someone turns on their tap, a pump is working to get them water,” Ratterman said. “Now that we own the utility, we have the opportunity to make the changes to reduce the emissions. I see it as a positive thing.”

Members of the City Council agree that making continued upgrades to the water system presents an opportunity to reduce the city’s total carbon output. The city has invested millions each fiscal year to replace antiquated water mains, and it could make additional capital improvements to pumps and wells, including the incorporation of solar power.

“These emissions existed prior to the city acquiring the water system,” said City Council member Jordan Hess. “Now we’re in the position of being able to control and reduce those emissions, and we’ll continue to do that through water main replacements, the installation of more efficient pumps and so on.”

Other factors have led to the city’s growing emissions, including the addition of new employees. According to Ratterman, the city has added around 124 new employees (not all full time) in recent years, though the growth in employees accounts for less than 1% of the city’s emissions increase.

The city also has expanded its lighting, added new parks and acquired new buildings, all of which contribute to carbon emissions. But Ratterman said department leaders are behind the city’s goals to address climate change.

Breaking down the sectors of city government that contribute to greenhouse gas emissions, water and wastewater account for around 58%, the largest of any city operation. Buildings and facilities make up 18%, and the city’s vehicle fleet accounts for 12%.

Street lighting accounts for just 6%; employee commute 5%; and solid waste facilities around 1%. Having a full picture now that the water-acquisition is complete has given the city a chance to tackle the challenge head on, Ratterman said.

“We really see this year as the new baseline,” she said. “ We have the water utility now, and we have some new practices in place. While we did have these interim goals, we’re looking at this year as the first year we really have an accurate picture of what our emissions look like.” 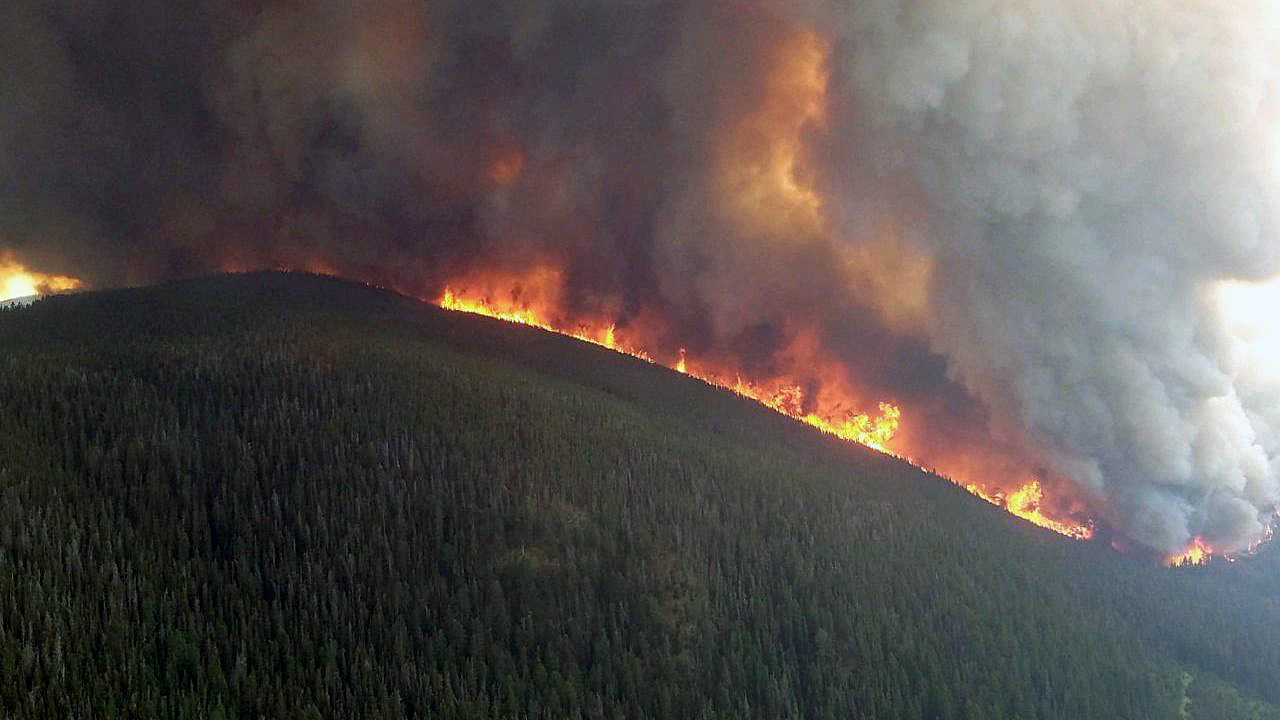 Efforts to address those emissions are dire, city officials agree. The 2021 climate report released earlier this year by the Intergovernmental Panel on Climate Change described the current trajectory as a looming catastrophe, adding it was “code red” for humanity and the planet in general.

It identified human activity as the leading cause of climate change for the first time, and warned of extreme heatwaves, powerful storms, and more droughts and flooding.

A key temperature limit once identified as crucial was also broken in just over a decade. Montana, like locations across the planet, is seeing the impacts with prolonged fire seasons, early spring runoff and drought, which has impacted Montana growers.

While Missoula alone can’t solve the problem, local leaders believe it has a responsibility to do its part in a global race to slow the planet’s warming. The City Council on Monday allocated $100,000 to boost Missoula’s capacity for energy conservation and climate action in the new fiscal year.

“The house is literally on fire,” said council member Bryan von Lossberg. “These efforts are important. They’ve had near universal support over many years from different folks on council. You will find consistent super-majority support for bold action on this front.”