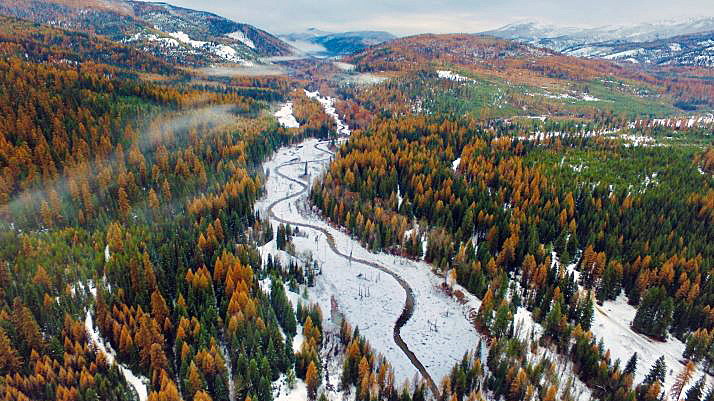 If a federal magistrate’s findings are upheld, a Ninemile Valley logging project will have to wait a year until the Lolo National Forest redoes its environmental assessment.

This week, just after hearing oral arguments on the Soldier-Butler logging project, Missoula federal magistrate judge Kathleen DeSoto issued her findings that the Lolo National Forest and the U.S. Fish and Wildlife Service failed to follow federal law when it approved the Soldier-Butler project without doing enough analysis to ensure enough wildlife habitat was sufficiently protected.

As a result, she recommended that the project be put on hold until the agencies finished consulting and corrected the three items that were found lacking.

“Allowing the project to proceed before consultation is complete would be improper under the (Endangered Species Act), which prohibits the ‘irreversible or irretrievable commitment of resources’ during consultation,” DeSoto wrote in her findings.

“This could be a big win for the grizzly bears who are trying to live in the Ninemile Demographic Connectivity Area and reach the Bitterroot Ecosystem, which is critical to the national population of grizzly bears,” said Patty Ames, Flathead-Lolo-Bitterroot Citizen Task Force president in a release. “The Forest Service got caught playing shell games with roads. They should have to account for the impact of all roads, not just the ones they wanted to count.”

The Flathead-Lolo-Bitterroot Citizen Task Force and the Alliance For the Wild Rockies sued the Lolo National Forest and the U.S. Fish and Wildlife Service over the logging in the Soldier-Butler project in October 2020.

The groups said the project violated the Endangered Species Act because the U.S. Fish and Wildlife Service hadn’t reevaluated its 2012 Biological Opinion on the Lolo Forest Plan and its associated incidental take numbers.

When a species such as the grizzly bear is protected, the U.S. Fish and Wildlife Service can issue permits for the anticipated disturbance or death of so many bears. If that number is exceeded, the law is broken.

After the 2012 opinion, the Lolo Forest found 137 miles of “undetermined” roads that hadn’t been considered. So more bears could be harmed than were included in the agency’s incidental-take calculation. Roads are a threat to grizzly bears because they increase the likelihood of human conflict. Building more miles of roads, including the seven miles of new road proposed in the project, potentially means more bears might be injured or at least avoid the area.

The Forest Service argued that it had gotten another Fish and Wildlife Service biological opinion in 2020 specific to the Soldier-Butler project area and that should be sufficient. DeSoto didn’t agree, saying the Forest Service couldn’t treat project areas like an island. If the overall Forest Plan was based on bad information, approving individual projects could make matters worse.

“Defendants have not provided the Court with authority to support their position that so long as they engage in site-specific consultation, they are relived from complying with the Forest Plan and its accompanying incidental take statements,” DeSoto wrote. “As this court found (in a 2019 case), the Forest Service cannot simply ‘update’ (baseline mileage) as it goes along.”

The environmental groups had also argued that the Forest Service violated parts of the Northern Continental Divide Ecosystem Grizzly Bear Management plan’s requirements for roads. But DeSoto said their argument that a biologist’s recommendations must be considered fell short. She also didn’t agree with their argument that all the roads were contributing too much sediment to local streams, saying the Forest Service had done enough mitigation to keep sediment to a minimum.

DeSoto did agree that the Forest Service had not complied the National Forest Management Act because it failed to follow its own Forest Plan when it came to elk cover and retention of tree snags for nesting birds.

She agreed with the Forest Service that it had done enough analysis to figure the overall percentage of snags on the forest. But for one area of the project – management area 21 – the forest plan specifies the number of acres of snags that must remain. However, the project proposal didn’t quantify the total area of snags preserved, saying only that the snags in the area were “limited.” Without the right data, DeSoto couldn’t say whether the project was following the Forest Plan, so she agreed more analysis was required.

Finally, the Lolo Forest Plan says that at least 50% of the area identified as elk winter range must be covered by trees big enough or stands dense enough to provide thermal cover. But in the project, Management Area 21 was going to be left with only 43% thermal cover.

The Lolo Forest decided to offset that by not logging 129 acres and leaving more trees lining the roads. The problem, DeSoto found, was the agency didn’t provide calculations of how those changes would affect the ratio of thermal to non-thermal forage cover.

Federal courts are supposed to defer to federal agencies when lawsuits question issues where the law or forest plans allow a certain amount of leeway. But there has to be enough information in the record for the judge to determine the agency has done its work.

DeSoto said there was no way to tell that the final project configuration met the 50:50 cover ratio. Plus, the Lolo Forest Plan is very clear when it comes to requirements for elk cover. So the agency can’t claim it has any wiggle room to change things without a formal amendment.

“The Forest Service’s vague assertion that it adopted measures to increase cover does not allow the Court to determine the amount of cover added meets the 50:50 ratio,” DeSoto wrote.