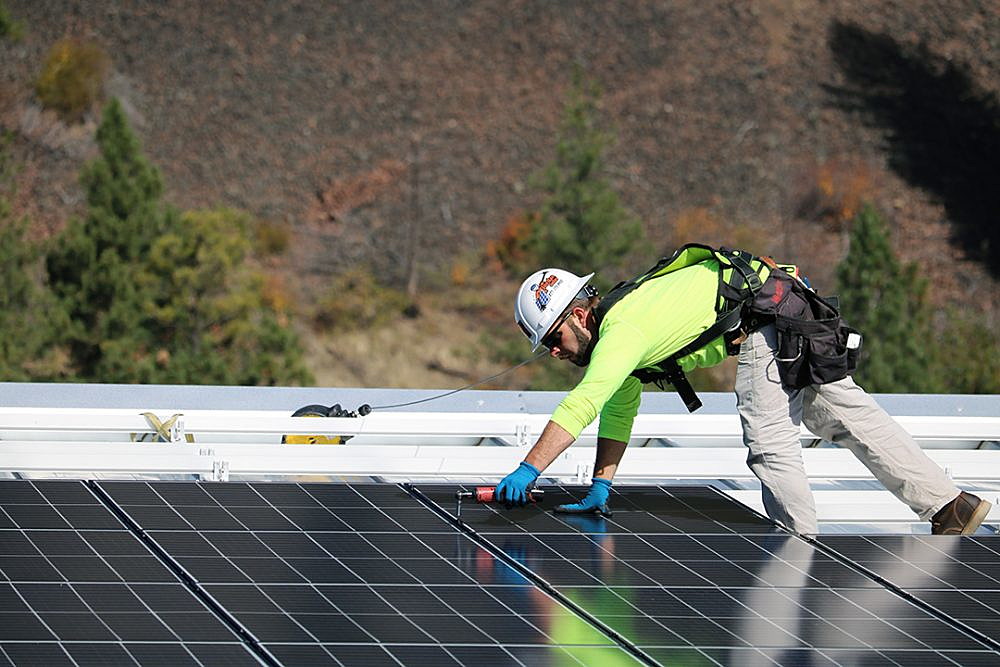 Citing a goal to achieve 100% clean electricity within the next eight years, the city and county of Missoula are urging the Northwest Power and Conservation Council to adopt a bolder version of its pending energy plan.

The council, developed under federal law in 1980, is responsible for planning the evolution of the Pacific Northwest’s electrical system. The council updates the plan every five years, and the city and county of Missoula are urging bold action on a number of fronts in the plan’s latest iteration.

“It’s a good draft plan. It recognizes tremendous growth potential in renewable energy resources in the Northwest in wind and solar. It also recognizes the potential for energy efficiency, demand response and energy storage,” said Diana Maneta, the county’s climate action coordinator. “But we feel there’s more potential there.”

As written, the draft recognizes the region’s history of power generation, including hydropower, gas, coal, wind and solar – a combination that has “served the region’s electricity needs well.”

But the draft also notes that in the years since the plan was updated, “the power system has experienced changes that place more emphasis on renewables, such as wind and solar generation.”

The city and county of Missoula said they appreciate the plan’s increasing focus on renewable energy, saying those resources are well positioned to provide cost-effective electricity. The county last week unveiled a new 400 kilowatt solar array atop the local detention center – the state’s largest rooftop array.

“We appreciate that the Draft Plan considers the impacts of climate change on electricity load and hydropower availability in the future, rather than assuming a continuation of historical conditions,” the county wrote in a letter to the council. “Considering climate projections is so important to plan for a reliable system as conditions change.”

The Northwest Power and Conservation Council is charged with considering a number factors when planning for the future, including the assurance of an affordable and reliable energy system. But it’s also charged with protecting fish and wildlife in the Columbia River Basin while making those decisions.

The states of Washington, Oregon, Idaho and western Montana have members on the council, and Washington and Oregon have led the region’s efforts to transition to a greener power system. They’ve turned away from coal in large and have shifted their focus to future power technologies.

But part of that transition includes the ability to store power as more wind and solar are added to the system. Such renewables are considered intermittent or variable, and storing the power during slower generation will be key to a successful conversion.

“In the end, the region’s resources must be instantaneously balanced with the region’s demand to reliably provide electricity across the entire Northwest power system,” the draft states.

While the city and county have praised the plan on a number of fronts, they’re also expressing some concerns. Among them, they’re asking the council to make energy efficiency a higher priority, and increase the regional target for efficiency.

Greater efficiencies can conserve power across the growing region, they said.

The city and county also are asking the council to increase targets for demand response, as well as load flexibility and energy storage. Such resources can help create a reliable and affordable electricity system for the region, and one that’s more climate friendly, they contend.

Maneta said those goals correspond to the city and county’s plans to achieve 100% clean electricity by 2030. Both governments joined the pledge in 2019.

“The (draft) plan is great, but it would also be great to see a larger role for those resources in the final plan because they’re so important to ensure affordably and reliability, and support that transition to clean electricity, which of course is a big priority for the city and county,” Maneta said.