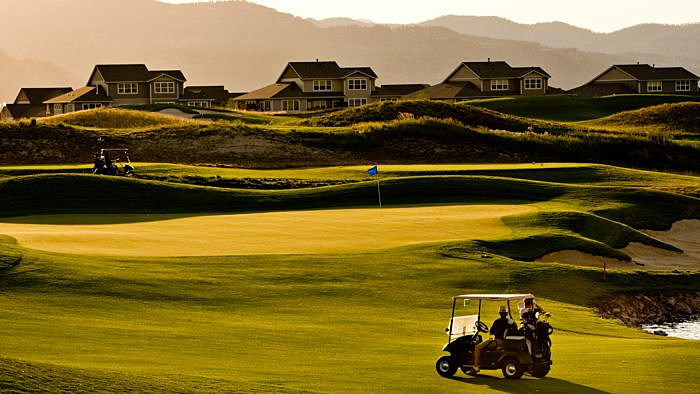 The 2017 edition of the Grizzly Roundball Golf Classic is scheduled for Friday, Sept. 22 at the Ranch Club in Missoula, giving fans a unique opportunity to visit with players and coaches in a relaxed setting while helping contribute to the future success of the UM basketball program.

Registration is now open for teams of four, with hole sponsorships also available. Additionally, prior to the event this year, participants can learn from four-time World Long Drive champion and LDA Hall of Famer Bobby Wilson. Wilson has been a top-ranked long driver for a quarter-century and is considered one of the most decorated long drivers in the game. He will host a clinic prior to the tournament.

Individual entre fee is $200 per person and is limited to the first 32 paid teams.

“The golf tournament is a great fundraiser for our program,” associate head coach Chris Cobb said. “It gives us the funding and support needed to continue to operate the program at a high level, and to give our student-athletes a great experience here at Montana.

“My favorite part is always the interaction with the community members and watching our players interact with our passionate fan base,” Cobb added. “We take great pride in our role in the Missoula community and embrace the ability to spend a day with those that give us support.”

Those interested in participating can fill out the official entry form to register your team or to sign up for hole sponsorships. Contact Julie Tonkin in the UM basketball office with any questions at (406) 243-5334.

In his first three seasons in Missoula, former Griz standout Travis DeCuire has led the program to a pair of appearances in the Big Sky Conference tournament championship game and a Big Sky regular-season title in 2014-15. DeCuire and his staff welcome a large crop of freshmen and transfers that will add height and depth to its roster in 2017-18, but also return three starters and its top two scorers from last year’s squad. Overall, the Griz return more than two-thirds of their starts (68.1 percent), rebounds (68.1) and steals (67.4), and nearly two-thirds of their blocks (65.9), points (62.1) and assists (59.9) from a year ago.

Off the court, the Grizzlies have had outstanding academic success as well, earning NABC Team Academic Excellence Award status two years in a row.