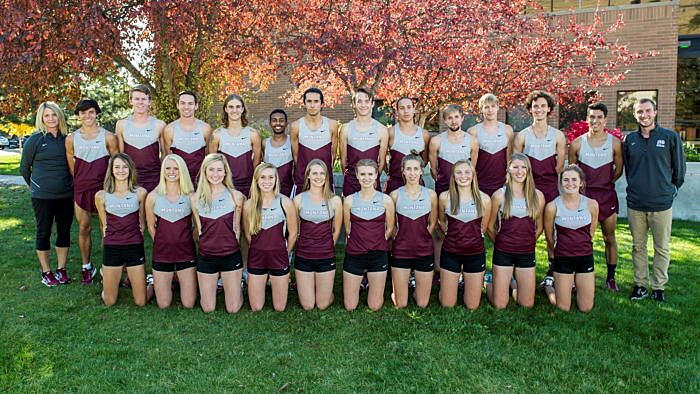 Coming off a fifth-place finish at last year’s Big Sky Conference championship and with its top runners returning, the Montana women’s cross country team has drawn the attention of the league’s coaches.

The Grizzlies were picked third in this season’s preseason poll, collecting one of 12 first-place votes.

Montana came in behind Northern Arizona and Weber State, last year’s first- and second-place championship finishers, in the poll. The Lumberjacks, the heavy favorites, collected 10 first-place votes. The Wildcats received the other.

The Montana men’s team, 10th last fall, was picked for a ninth-place finish. Northern Arizona, last year’s NCAA champion, and Southern Utah split the 12 first-place votes. The Lumberjacks earned the top spot with nine votes. The Thunderbirds collected the other three while coming in second.

Senior Reagan Colyer and juniors Jessica Bailey and Emily Pittis teamed up to give Montana a Big Three last fall, and all three runners carried that over to last year’s track and field season.

Colyer placed fourth in the mile at the Big Sky indoor championships, sixth in the 1,500 meters at the outdoor meet.

Bailey, who continues to recover from a stress fracture that kept her from running for most of the summer, was third in the steeplechase at the outdoor championships and qualified for regionals for the first time. Pittis finished fourth in the indoor 3,000 meters, second in the outdoor 5,000 meters.

All three are back the for 2017 season. But success in cross country, which scores five runners deep, requires more depth than a talented trio. Coach Vicky Pounds finally will have more of it this year.

Maryn Lowry, a transfer from Iowa State, joins the team for her final year of eligibility, and junior Emily Cheroske, who redshirted last fall, is back and coming off her first trip to outdoor regionals in the 800 meters.

“We have a lot back,” said Pounds. “I’m excited to see how things unfold. Bumps will come up. That’s pretty common for a cross country season. I’m just excited to have more athletes who can step up and contribute.”

Montana opens its season hosting the Clash of the Inland Northwest at the UM Golf Course on Friday evening, Sept. 1, the first of two home meets this fall.

“What you see on paper is what you hope for. We have until the end of October to be in top shape. We just have to trust that things will work out like we hope,” Pounds said.

“You never know what’s going to happen. It’s just nice to be in a position where we have options.”

The men’s team hasn’t placed in the top half at the Big Sky championship since 2011, and the Grizzlies aren’t expected to snap that streak in late October, when the league meet is held at Ogden, Utah.

The team has six upperclassmen, but only two, junior Jonathan Eastwood and senior Nathan Wellington, have a top-35 Big Sky finish to their credit, and Wellington is expected to redshirt this season as he gets a handle on a health issue.

“It’s so much easier for middle-distance women to come in and contribute at the cross country distances. But guys might be running 5k in high school, then jumping up to 8k and even 10k in college, and that’s a lot. It can take them a couple of years to find their cross country legs.”

Eastwood, who led Montana in five of six races last fall, came out flying last season. But he fell off the pace as the season progressed.

Racing with a goal of a top-10 finish at conference, he placed 24th. Two weeks later he placed 74th at regionals.

“I don’t think Jonathan is where he was last year at this time in his fitness, but I think that’s a good thing,” said Pounds. “He came in so fit last year that it was hard to maintain.

“It can be hard to get the guys to calm down in the summer. In their minds, that’s when they can do 100-mile weeks, but you’ve got to trust the training program. It’s harder for some guys to do that.”

Fifth-year runners Paden Alexander, who is coming off a breakthrough showing at the outdoor championships, when he finished 10th in the 10,000 meters with a huge PR, and Micah Drew — if Wellington does indeed redshirt — are the team’s seniors.

The junior class is made up of Eastwood, Jordon Wallin, who did not race last fall after transferring from USC, and Dillon May, the team’s steadiest performer.

Montana will race three times in September, twice at home, starting in less than two weeks at the Clash of the Inland Northwest.

The team will compete at the Idaho State Invitational on Oct. 14, two weeks before the Big Sky championships at Ogden.

This year’s NCAA Mountain Regional will be held on Nov. 10 at Logan, Utah.