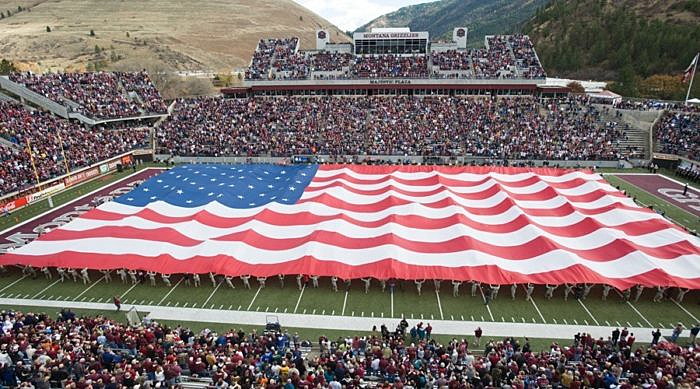 The University of Montana will have increased security in and around Washington-Grizzly Stadium for Saturday’s Homecoming football game, officials announced Thursday.

Athletic and entertainment stadiums nationwide have implemented additional security measures in the wake of the mass shooting at a Las Vegas music festival earlier this month.

Saturday’s Homecoming game is typically one of the most-attended football games of the season, and a sellout crowd is expected in Missoula.

University officials urged fans to arrive early for the 1 p.m. kickoff to make their entry into the stadium quicker and easier. Gates open at 11:30 a.m.

“The safety of the student-athletes, staff and fans is our No. 1 priority,” officials said in a written statement. “We appreciate everyone’s patience as we work to get everyone safely into the stadium.”

Here are the rules governing entrance to Washington-Grizzly Stadium:

Umbrellas can be brought into the stadium but may not be open in spectator areas.

Strollers are not permitted within the stadium.Infants in arms are admitted without a ticket. Toddlers and older will only be admitted with a ticket. All bags are subject to inspection upon entry by security personnel.

Infants in arms are admitted without a ticket. Toddlers and older will only be admitted with a ticket. All bags are subject to inspection upon entry by security personnel.

Outside food and drink are generally not permitted. Cans and glass bottles are prohibited because of their potential to become projectiles. Thermoses on cold‐weather dates will be allowed but will be given a smell check by security personnel.

Blankets for cold‐weather games are allowed but will be inspected upon entry to the stadium.