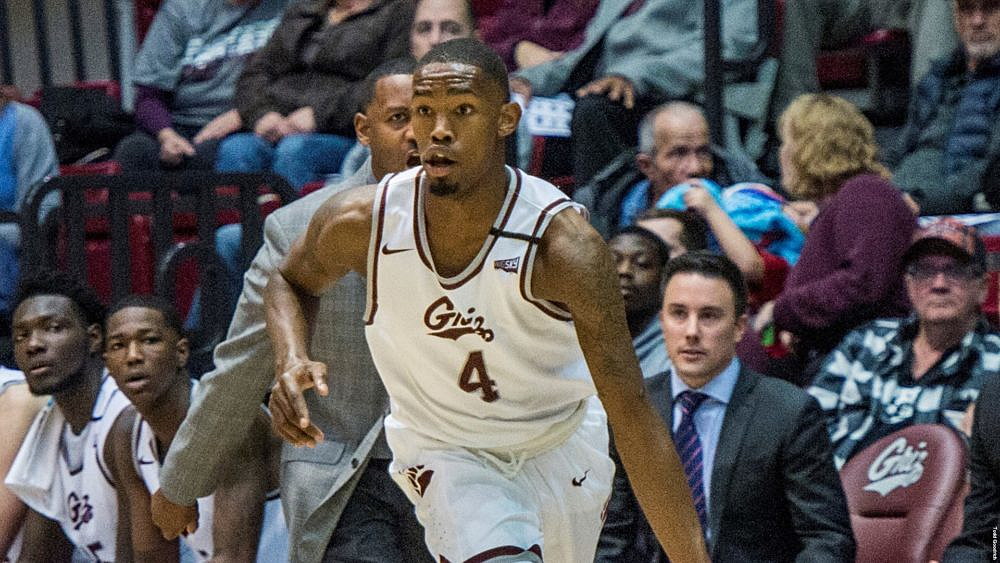 Montana and Whitworth will meet on the hardwood for the fourth season in a row on Friday, but this time it’s different. The previous three meetings against the Division-III Pirates have been exhibition contests for the Grizzlies. Friday, after an exhibition tuneup earlier this week vs. Saskatchewan, the two teams will lay in on the line for real.

In addition to being sound offensively, Whitworth has an element of surprise.

“Every time we play them they’ve done something different, and it’s taken us about a half to adjust to what they do,” DeCuire said. “I think they’re threatening, and I think that’s good for our guys’ focus.”

There’s a familiarity between the two programs, and not just because they’re playing for the fourth year in a row. DeCuire and Whitworth head coach Matt Logie go back several decades, to when DeCuire was a high school standout at Mercer Island High School in Seattle and Logie was a ball boy, assisting his grandfather and legendary coach Ed Pepple. The two again crossed paths several years later when DeCuire returned to Mercer Island to coach the freshman team. One of those freshmen was Logie.

Montana displayed plenty of potential in Monday’s exhibition victory over Saskatchewan, scoring 85 points and holding the Huskies to 26 percent shooting. After reviewing film, DeCuire was pleased with his team’s enthusiasm. He also thought a lot of the players’ mistakes were made with good intent.

“We have improved a lot since our closed-door scrimmage (Oct. 29), so if we can improve again that much before Friday I’ll be happy.

“In order to do that, we have to do a better job of being in the right places. We have to anticipate rather than react. We have to be aggressive without making too many mistakes.”

Tip is set for 7 p.m. For those unable to attend the game, a free video stream will be available on WatchBigSky.com and through the Pluto TV app (channel 237).

CAN THE CATS FOOD DRIVE
Fans who bring five non-perishable canned-food items can get into Friday’s home opener for free. The donations will go toward Can the Cats, an annual competition between Montana and Montana State to see which school can contribute more. Last year, the two communities combined to donate more than 644,000 pounds of food to their respective city’s food banks.

SERIES VS. THE PIRATES
Montana is officially 8-6 all-time against Whitworth, not including several exhibition contests, including each of the past three seasons (all Montana victories). The series dates back to 1948, with Montana winning the first six games between the two teams. The Griz are 5-3 at home in the series, losing three in a row, and 1-1 in games played on a neutral court in Kalispell. This will be the first regular-season meeting between the two teams since 1969-70.

While not officially counting in years past, several current Griz have filled up the box scores in previous meetings vs. the Pirates, most notably Ahmaad Rorie last year, shooting 10-of-18 for 27 points, six rebounds and five assists. Last year, Bobby Moorehead had 11 points and two steals while Sayeed Pridgett had eight points and six boards. Friday will mark senior Fabijan Krslovic‘s fourth career meeting vs. Whitworth. He’s totaled 29 points and 19 rebounds in his previous three matchups vs. the Pirates.

HOME OPENERS
The Grizzlies are 14-3 in home openers since the turn of the century. Not only is Friday their home opener, however, but their season opener as well. Over the past decade, Montana has begun its season at home just twice (2009-10 vs. North Dakota and 2015-16 vs. Boise State). The Griz won both of those contests; during the same span, Montana is 0-8 when opening the season away from home.

DEFENSE DOMINATES IN EXHIBITION
The offense had been clicking, but the defense needed work. That was head coach Travis DeCuire‘s assessment through the first month of practices and scrimmages, leading up to Montana’s exhibition opener vs. Saskatchewan.

DeCuire saw his team’s ability to get stops, as Montana held Saskatchewan to 25.9-percent shooting in an 85-44 exhibition victory at Dahlberg Arena. Leading by just two, 25-23, with under 8 minutes to play in the first half, Montana went on a 36-4 run over the next 14 minutes – extending across both periods – and did not allow a field goal during that span. The Huskies were 0-for-18 from the floor with 11 turnovers during that stretch. On the evening, Montana forced 12 steals and blocked a dozen shots.

“They back-doored us a little bit early,” DeCuire said. “Once we made an adjustment to the back screens and the back cuts, I thought we did a better job of getting some hands on balls and getting our bodies in the right spots. We did a better job with the details.”

“I like the growth we’ve shown over the past two weeks. We’re not there yet, but if we keep improving we have a chance to compete.”

FINDING THE RIGHT FIT
All 14 players saw action in Montana’s exhibition contest vs. Saskatchewan on Monday, and head coach Travis DeCuire said that with several newcomers competing well – in addition to bringing elevated competition in practice – he is unsure of what he will do as the season progresses. He’d like to find a steady rotation of eight or nine players, meaning he’d redshirt a handful of Montana’s seven newcomers. However, he noted that he may travel an additional player or two for the first couple road trips before making a decision further into the month

Among the newcomers that stood out vs. the Huskies, Kelby Kramer had nine rebounds and six blocked shots in 13 minutes of action, while Timmy Falls had 11 points on 4-of-5 shooting and Karl Nicholas had seven points and three boards, in addition to a block and steal.

RETURNING TALENT
The Grizzlies have the pieces to contend this season, returning three of their four consistent starters from 2016-17, in addition to a pair of guards – Sayeed Pridgett and Bobby Moorehead – who each started about one-third of last year’s contests.

In total, Montana returns the majority of its production in all aspects of the game, bringing back its top two scorers, and four of its top five. On the other end of the floor, Montana had six players with 90 or more rebounds a year ago; five of them are back on the court.

LOOKING AHEAD
Montana will hit the road for the next two weeks, competing in the prestigious Legends Classic. The first leg of the tournament will be on the East Coast, with the Griz playing at Pitt (ACC) and Penn State (Big Ten). The following week, Montana will travel to Malibu, Calif., to take on Oral Roberts in the region’s semifinals before facing either UC Santa Barbara or host Pepperdine.