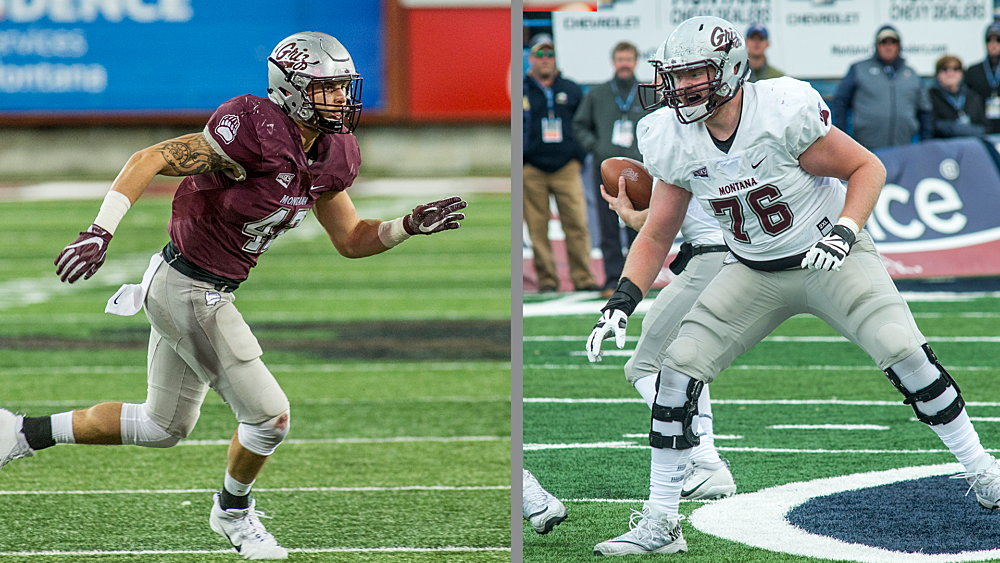 Offensive lineman David Reese and linebacker Josh Buss have been named among the best players in FCS football following their standout 2017 seasons.

Sports publication College Sports Madness named Reese a third team All-American this week, one of only two offensive linemen from the Big Sky Conference to earn a place on the first, second, or third team.

Buss was also named to the 2017 Phil Steele FCS All-America third team, ranked higher than any other linebacker from the Big Sky Conference on the four-team list.

Reese, an outgoing senior from Happy Valley, Ore., was a stalwart on the Montana offensive line, starting in 47 of the 48 games in his career.

The 6-foot-7, 301-pound NFL prospect at right tackle was the only Grizzly to be named first-team All-Big Sky following the 2017 season, following up on his second-team all-conference selection in 2016.

A finalist for the STATS FCS Buck Buchanan Award for defensive player of the year, Buss finished the 2017 season ranked among the Big Sky’s top-10 in tackles, sacks, and tackles for loss.

Buss was named to the second-team all-conference list at OLB in 2017 after picking up third-team honors as a sophomore in 2016 when he led the Big Sky in TFLs.