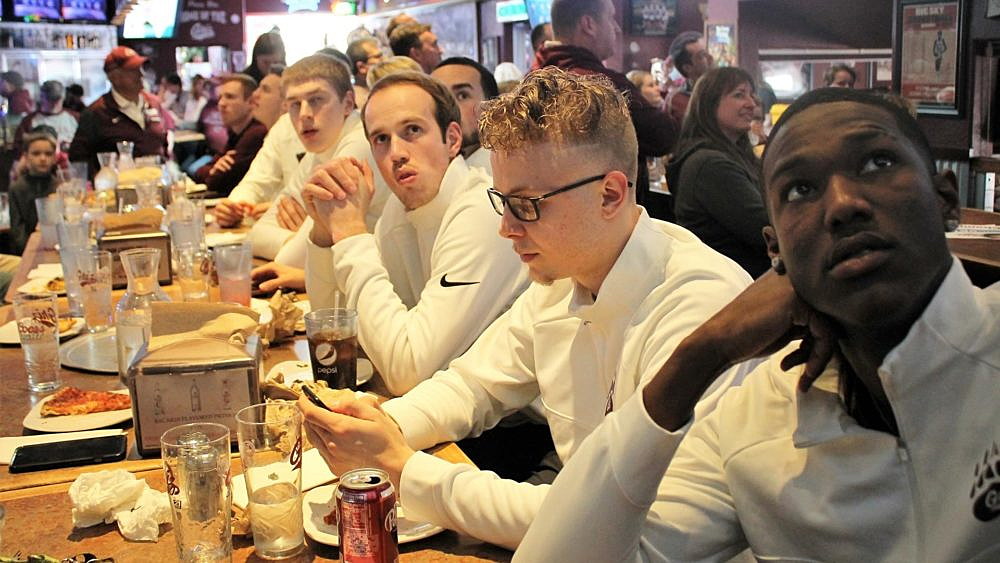 On Saturday Montana punched its ticket to the NCAA tournament, and on Sunday the Grizzlies learned their draw, traveling to Wichita, Kan., to face Michigan in the first round. The game will be played Thursday night (approximately 7:50 p.m. MT) inside INTRUST Bank Arena.

Joining No. 14 Montana and No. 3 Michigan are No. 6 Houston and No. 11 San Diego State. The two winners will advance to play again on Saturday.

“When your name pops up and you see who it is, you get excited about it,” head coach Travis DeCuire said.

The Wolverines hold a 28-7 record, most-recently winning the Big Ten Tournament as the No. 5 seed. They defeated Nebraska, Michigan State and Purdue to earn the league’s automatic berth. Michigan is appearing in the NCAA tournament for the seventh time in the past eight seasons. Montana has never played Michigan in basketball.

Montana will play in the NCAA tournament for the 11th time in program history, including the fourth time in the past nine seasons.

The Grizzlies earned the Big Sky’s automatic berth by winning the conference tournament on Saturday. Playing as the No. 1 seed after winning the regular-season championship, Montana defeated North Dakota in the quarterfinals before pulling off an improbable win over Northern Colorado in the semifinals and overcoming an 11-point halftime deficit to beat Eastern Washington by 17 in the championship. Montana’s 26 wins are the third-most in school history.

Thursday’s game will be televised on TBS, with Brad Nessler, Steve Lavin and Evan Washburn on the broadcast team. Tickets can be purchased by calling the Adams Center ticket office beginning Monday morning.