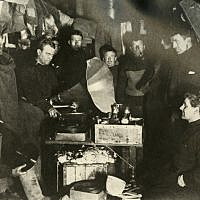 (The Conversation) Due to Antarctica’s extreme winter, which includes four months of total darkness, polar explorers endured intense confinement in close quarters for long periods of time. American pioneer Richard Byrd explained, “Little things … have the power to drive even the most disciplined … to the edge of insanity. The ones who survive with a measure of happiness are … END_OF_DOCUMENT_TOKEN_TO_BE_REPLACED 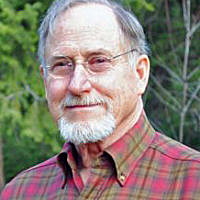 “A great people has been moved to defend a great nation” - George W. Bush September 11, 2001 There is no symbolic date like September 11, 2001 that we can use to define the coronavirus pandemic. If there were, the tragedy unrolling before our eyes might allow us to be more united in fighting it. In the suddenness of 9/11, there was no time to second guess what had … END_OF_DOCUMENT_TOKEN_TO_BE_REPLACED

Gov. Steve Bullock told President Donald Trump on Monday that Montana needed medical supplies and testing equipment, saying the current shortage could lead to “some real problems” as coronavirus spreads across rural America. In response to Bullock's plea for testing supplies, Trump said, "I haven't heard about testing being a problem," according to an audio recording of the … END_OF_DOCUMENT_TOKEN_TO_BE_REPLACED 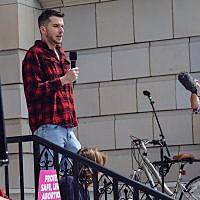 After watching last week’s PSC Candidate Forum at the Roxy Theater, it is clear Monica Tranel is the professional, hard-working, and independent voice that Montana needs on the Public Service Commission. Throughout the forum, Tranel provided thoughtful, sensible answers to how she would fight for the people of Montana and laid out a clear and practical vision for enacting … END_OF_DOCUMENT_TOKEN_TO_BE_REPLACED

(KPAX) HELENA — Montana Democratic Party Executive Director Monica Lindeen, a former state auditor, is stepping down after a year on the job, the party announced Monday. Lindeen, 57, said leaving her post “is the hardest decision I’ve ever made,” but that she wanted to spend less time traveling after 24 years as an elected official and party officer. State Party Chair … END_OF_DOCUMENT_TOKEN_TO_BE_REPLACED