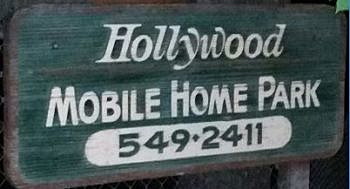 A growing number of Westside residents believe their neighborhood’s crime rate stems from a mobile home park that’s under absentee ownership, and they’re taking their concerns to the Missoula City Council.

From flop houses to a bicycle chop-shop, drug dens and abandoned trailers, members of the neighborhood association say crime in their area is on the rise, though they’ve had little luck getting the attention of city officials.

Now they’re asking the City Council to hold the owners of Hollywood Mobile Home Park accountable for the operation and maintenance of their property, including possible changes to city ordinance. They believe much of the crime comes from the park.

“We’re not sure if the city could enact an ordinance, so we’re exploring that,” said Kelly Needs, a Northside property owner and member of the Westside Neighborhood Association. “We’re trying to find someone to help take care of this issue.”

Members of the neighborhood association plan to detail their concerns on Wednesday morning during a presentation to the City Council’s Public Safety and Health Committee.

They say many of their worries stem from the mobile home park owned by out-of-state resident David Khoury.

Needs said Tuesday that members of the neighborhood have asked Khoury, who owns KEI Property Management, to address the problems. City Council members Bryan von Lossberg and Jordan Hess have also asked KEI for a meeting.

KEI Property Management has since retained legal representation through the Thomas C. Orr Law Office, which says KEI is working to address the neighborhood’s concerns and resolve the problems.

“We are doing our best to identify residents and owners of the mobile homes,” Orr wrote in response to Hess and von Lossberg’s letter last month. “This has been an ongoing issue which complicates our efforts to enforce the leases and park rules and regulations.

“We have to follow the law in this regard, and so we must ask for some consideration concerning the amount of time it will take to implement corrective measures across the park.”

Needs said neighborhood concerns include abandoned trailers and vehicles, drug use and sales, and a burned-out trailer within the park that hasn’t been removed, along with a host of other issues.

The lack of active, on-site management is also a concern.

“They don’t have any site management and there are 80 units,” said Needs. “We feel strongly that this is a case of negligent property management. They tell us they don’t want to do this (on-site management) because it’s going to be too expensive.”

Needs said the neighborhood association has attempted to obtain crime stats and other information from the Missoula Police Department and City Council, without success.

They’re also looking for answers from the City-County Health Department, which must approve the property owner’s license to operate the mobile home park each year.

“Everyone is pointing a finger to someone else,” said Needs. “We’re tired of hearing that answer. We don’t know what the exact solution will be, but we feel like we’ve done our due diligence. At this point, we need more people to know about this.”

“We’re wondering how in the heck this is happening,” said Needs. “One of our questions is why the Health Department keeps on renewing (KEI Property Management’s) licence.”