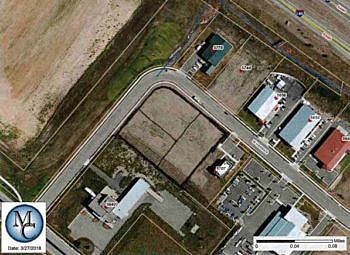 A developer’s offer to purchase three small lots in the Missoula Development Park raised concerns among county commissioners on Thursday, prompting them to submit a counteroffer with contingencies to head off fears of real estate speculation.

Thomas and Christine McCall submitted an offer of $3.55 per square foot to purchase three lots located in the county’s development park near Missoula International Airport. The county created the park in 1998 to generate economic activity through mixed-use development.

“These are the last three lots owned by the county in the development park,” said Chris Lounsbury, the county’s chief operating officer. “The review committee felt their offer was a little bit low. They felt it was appropriate for the board to consider a counteroffer of $4 a square foot.”

Lounsbury suggested the county’s counteroffer was based off the sale of past properties in the park. He said the developers don’t have a defined project but were buying the parcels on speculation.

And that raised concerns among commissioners.

Commissioners agreed that it wasn’t beneficial to the intent of the development park to see developers buy up lots, let them sit and then sell them years later for twice the value.

They agreed to raise their counteroffer to $5 a square foot and included a first right of refusal in their offer. That would give the county first rights to buy the parcels back at the price at which they were originally sold.

“That would avoid holding it for any type of future development on pure speculation, because the county has the option to repurchase it at the purchase price,” said Andrew Czorny, the county’s chief financial officer.

The three lots in question are the last available lots in the industrial portion of the county’s development park. A number of lots are still on the market in areas designated for technology.

While interest on those tech parcels has been low, Commissioner Dave Strohmaier suggested the county should consider a policy that would tie any future sale to an actual project, not speculative buying.