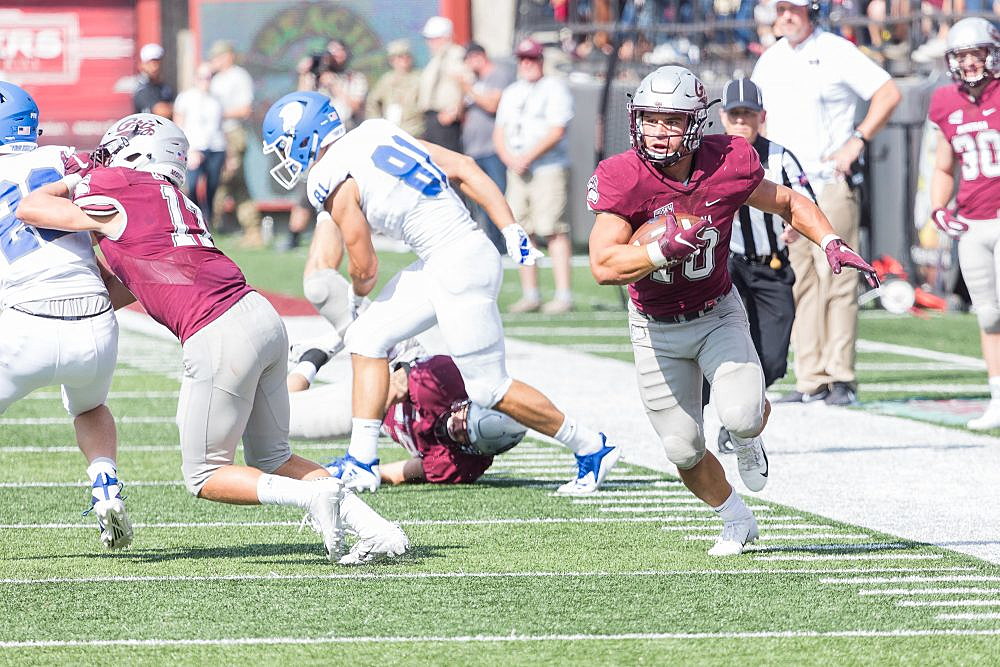 At 2-0, Montana football head coach Bobby Hauck is pleased where his Grizzlies sit in the early stages of his first season back at the helm of his former team and alma mater.

But since returning to Missoula and settling into his old role, he’s known the 2018 schedule would be favorable for the Griz with a pair of home games to open the year.

Now comes the real test: Montana’s first game on the road – a place the Grizzlies haven’t produced a winning record since 2013 – as UM travels east to face the Western Illinois Leathernecks of the Missouri Valley Football Conference (MVFC) on week three.

“We knew this would be a tough one going into it, looking at the schedule clear back last spring. We’re excited to get together, get back to work this week, get on to Western Illinois and go to their place and see if we can’t get to 3-0.,” said Hauck at his Monday press conference.

“If you’re going to have a good season you can’t just win at home, you got to win on the road. We’ve talked about that as a team, and I’m excited to go on the road with these guys and see how they perform. We need to understand its’ a different environment when we go someplace else, but the field is the same size. It’s 120 yards long and 53 yards wide.”

The No. 15 Grizzlies (2-0) take a rare trip east of the Mississippi to face a Leatherneck outfit that was picked to finish seventh the preseason MVFC poll, with kickoff set for 2 p.m. (MT).

At 0-2 on the season, WIU may not look the part of a tough opponent on paper, but after giving up a late lead to the Bobcats in Bozeman on week one and hanging tough with the Big Ten’s Illinois Illini on week two, Hauck knows this trip is all business.

“I like their team, they’re good. I like their defense, they’ve got good players at all three layers on the defense,” said Hauck.

“They have a good quarterback. If you go and look, the throw he made on the post route on the opening drive against Illinois last week looked like the real deal. By all accounts, he’s a terrific player. They’ve got a lot of skill and good team speed. They play hard and do things right.”

After two road losses that could easily have been big wins, Western Illinois hosts the Griz in its home opener, hungry to pick up a win.

Unfortunately for Montana, the Leathernecks have been very good at defending their home turf in recent years, holding a 33-4 record against non-MVFC teams at Hanson Field since 1999, and riding an 11-game win streak against nonconference visitors.

“We know we have our hands full, and we have to be ready to go,” Hauck added.