When the Big Sky Passenger Rail Summit kicked off in Missoula on Thursday, an attendee from Glendive noted that he was further away from Missoula than a fellow attendee in Seattle.

The observation illustrated the size of Montana and the diversity of its population and terrain, and the role passenger rail service could play in connecting communities, boosting economies, and providing another mode of transportation across the Northern Rockies and Pacific Northwest.

“It would be an incredible benefit for us to have, not just here in Glendive, but across eastern Montana, to be able to get on a train to get places,” said Jason Stuart, the executive director of the Dawson County Economic Development Council. “We’re about as far from western Montana as you can possibly be.”

Stuart said the ability to get to Helena during the Legislature, conduct state business or put a kid on a train to get to college in Missoula or Bozeman, would be a boon to eastern Montana residents, who currently have few options outside their car.

For those reasons and more, efforts to bring passenger rail back to Montana’s populated southern tier have gained momentum over the past year, with nine counties adopting a resolution forming the Big Sky Passenger Rail Authority.

Once established, the new governing body will begin to work on a number of fronts, and it will have the support of the passenger rail lobby in Washington, D.C., as well as the Southern Rail Commission in Louisiana, Mississippi and Alabama, which pledged its support during Thursday’s summit.

The effort also has the support of the surrounding region, including the Secretary of Transportation in Washington, which is embarking on its own effort to establish high-speed rail across the Pacific Northwest and sees the value of a regional rail commission.

“If we were able to reestablish such a system, I think the Intermountain West wouldn’t be nearly as isolated as it is today in the national economy,” Clegg said. “We’d love to see an opportunity to establish an inter-state regional rail commission in this region. If we could look at this as a region and really look at the connections between Seattle and Salt Lake, and Pocatello and various parts of Montana, we could establish a good system of connectivity throughout the Northwest region.” 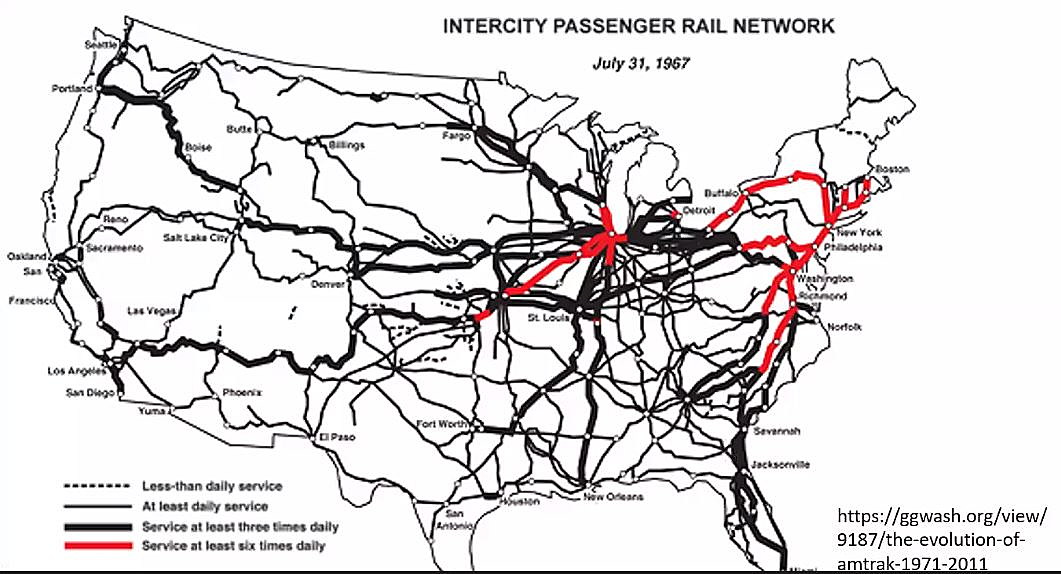 Missoula County Commissioner Dave Strohmaier, who has played a leading role in bringing the effort this far, said interest in intercity passenger rail across Montana has been around for years. But while the enthusiasm is there, the structure needed to move the effort forward has been lacking.

That’s where the Big Sky Passenger Rail Authority comes in, he said.

“It’s setting ourselves up for success,” he said. “This is something we haven’t had to date, and it’s something that will position us to not simply look in the review mirror and try to create the transportation infrastructure that existed pre-pandemic, but to look forward and create the transportation future I think all of us would like to achieve.”

Stohmaier, who sat down last October to detail his vision for restored service in southern Montana, said the effort continues to gain momentum and allies. On Thursday, both Sens. Jon Tester and Steve Daines expressed their support, as did Rep. Greg Gianforte and Gov. Steve Bullock.

So too did the Rail Passengers Association and Transportation for America, along with the Southern Rail Commission, which sees strength in numbers. The government affairs officer for Amtrak also pledged his support and cooperation as the process moves forward.

“Might we be able to replicate the Southern Rail Commission model here in the Northern Rockies and Pacific Northwest and Intermountain region,” Strohmaier said. “This rail authority, within the state, is going to be a strong partner in whatever multi-state, regional entity might get established.”

State Rep. Andrea Olsen, like other advocates, sees passenger rail as a vital economic tool with untapped potential. But it also serves other goals that don’t get much attention, such as reducing highway deaths in bad weather, addressing climate change, and punctuating the role transportation plays in local economies.

“We do have time to go into the big picture and recognize that the kind of things happening at every level show this is the perfect time to move forward with the enhancement of passenger rail, not just in southern Montana, but across the country,” Olsen said. “The money ends up being a drop in the bucket compared to the benefits we receive.”