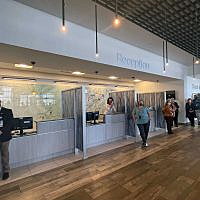 HELENA - A U.S. Department of Veterans Affairs report laid out sweeping proposals earlier this year for changes to VA health care facilities – including closing some clinics in Montana. Now, though, it appears those recommendations aren’t going anywhere, due to opposition in Congress. Twelve U.S. senators, including Montana’s Jon Tester and Steve Daines, released a statement … END_OF_DOCUMENT_TOKEN_TO_BE_REPLACED 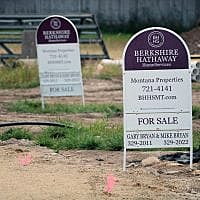 HELENA - A proposed constitutional amendment to cap Montana’s residential property taxes will not appear on the ballot in November. Matthew Monforton, one of the sponsors of Constitutional Initiative 121, confirmed Thursday that they would not reach the more than 60,000 signatures needed to qualify the measure for the general election ballot. It came after the political … END_OF_DOCUMENT_TOKEN_TO_BE_REPLACED 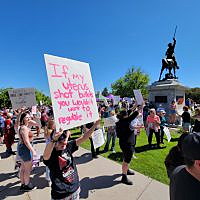 WASHINGTON — President Joe Biden on Thursday said he supports an exception to the U.S. Senate filibuster in order to enshrine Roe v. Wade in federal law, after the Supreme Court last week struck down the case that established abortion as a constitutional right. “I believe we have to codify Roe v. Wade in the law, and the way to do that is to make sure that Congress votes to … END_OF_DOCUMENT_TOKEN_TO_BE_REPLACED 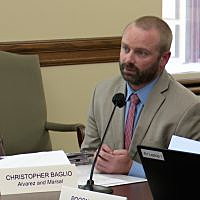 HELENA — The leader of one of Montana’s largest state agencies will be stepping down later this summer. Gov. Greg Gianforte’s administration announced in a statement Thursday morning that Adam Meier, the director of the Montana Department of Public Health and Human Services, will leave his role on August 12, citing an “ongoing family health issue.” He will be replaced by … END_OF_DOCUMENT_TOKEN_TO_BE_REPLACED 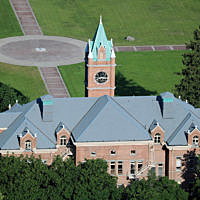 HELENA — The Montana Supreme Court has ruled the Board of Regents, not the State Legislature, has the sole right to set policy regarding the possession of firearms on the Montana University System property. House Bill 102, passed by the Montana Legislature and signed by Gov. Greg Gianforte last year, made a number of changes expanding where and how someone can carry a gun. … END_OF_DOCUMENT_TOKEN_TO_BE_REPLACED